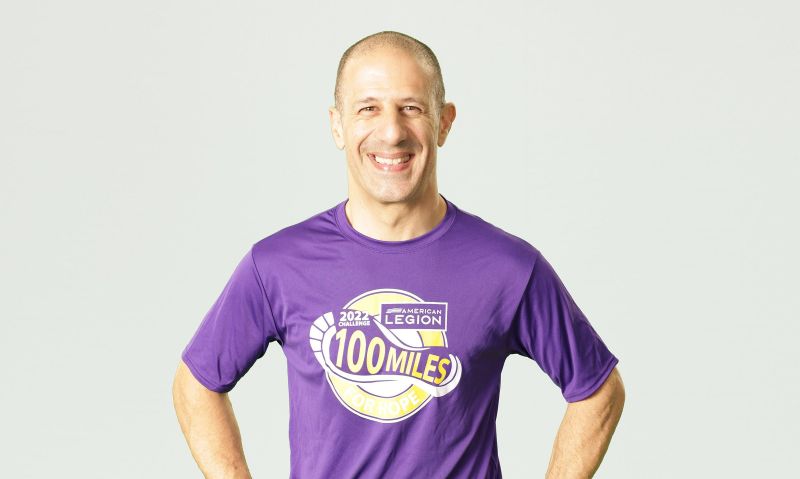 Tony Kanaan, who recently finished third in the Indy 500, and fellow INDYCAR drivers Jimmie Johnson and Alex Palou are representing The American Legion for the second consecutive season. Each driver is doing more for The American Legion this racing season than just wearing the gear and steering the sponsored cars.

They are playing pivotal roles in educating the public about The American Legion’s Be The One initiative to reduce the rate of veteran suicides. Additionally, they are participating in the Legion’s third annual 100 Miles for Hope fitness and wellness challenge.

Prior to the season, each driver gave exclusive interviews to The American Legion. (Johnson talked about his grandfathers’ military service and other topics, while Palou discussed what it means to be living in America, fitness and more.)

Here are excerpts from the Q&A with Kanaan, edited for brevity and clarity.

Question: Entering your second year representing The American Legion, how has it inspired you to be driving for and cheered on by veterans who dedicated their life to serving America?

Kanaan: As a veteran driver, you think you have a pretty solid fan base. I remember at last year’s Indy 500 how many veterans and people associated with the Legion were there. That’s when I knew my fan base had grown. It touched my heart. I’ve heard all my life how my story has been an inspiration. But I think their (veterans’) stories are much more inspiring than mine.

Question: What does it mean to you to be supporting The American Legion's commitment to reducing the rate of veteran suicide?

Kanaan: It’s a big responsibility, you are talking about lives. You are talking about people with families. I lost my father when I was 13 — not from suicide — but I know it created an empty space in my life. We don’t want anybody to lose their life.

Kanaan, who was born in Brazil but immigrated to America: We live in the best country in the world. I see how Americans are extremely proud of their flag. And since I became one, it makes me proud to sing the anthem. It's a feeling of respect and being grateful to be able to be accepted in this country.

Kanaan: Just get out and exercise. It doesn’t matter if you are walking, hiking, biking, swimming, running or just moving. It clears your mind. That’s what drives me. And if you are depressed, it’s even more important. You just can’t sit around. You need to get up and move around. You will feel much better. That’s why we are doing the 100 miles fitness challenge.

In addition to maintaining his fitness for auto racing, Kanaan is also training this year for the Ironman Kona, the top triathlon race. He completed it more than a decade ago and had planned to return in 2021 before the race was cancelled. The Indy 500 and Kona are considered to be the highest level of their respective sports.

Question: Compare and contrast the differences between the Indy 500 and Ironman Kona races.

Kanaan: The stoke level is completely different. Race car driving is something I know. I dominate and I depend on other people. Even if I do everything right, but the people on my team don’t, we’re not going to win. Kona is all my responsibility. If I fail, it’s because I did something wrong — in my training or my approach to the race, or the race itself. When I first did it, I felt really proud.

Question: How should someone new to fitness incorporate goals into their plan?

Kanaan: If you can walk a mile, walk a mile. Then set a goal to walk two miles. As long as you are off your couch or chair and you are moving, that’s what we want. Age is just a number. Set a goal — walking for one minute, five minutes, 10 minutes …

Question: Have you found that fitness has a side of benefit of strengthening your mind, as well?

Kanaan: Your mind is always working but your body needs to work to give your mind the energy to work. It makes you feel more productive. It allows you to do things and enjoy things once again.

Question: You are inspiration to many. Any last words of encouragement for American Legion members and others?

Kanaan: I hope people get off the couch and ‘Be The One’ to help, and to exercise.