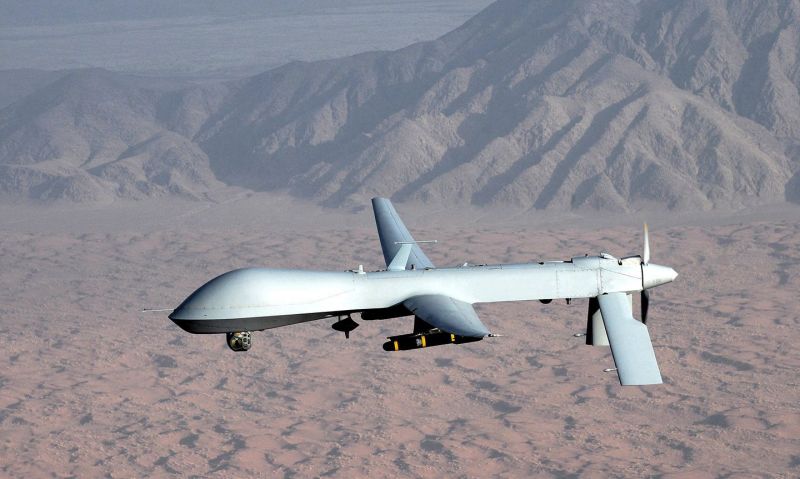 With U.S. forces now fully withdrawn from Afghanistan, President Biden vows to maintain the fight against terrorism there by employing “over-the-horizon capabilities.” It’s undeniable that U.S. intelligence, surveillance and reconnaissance (ISR) assets have improved in the 20 years since the 9/11 attacks. But it’s equally undeniable that relying on over-the-horizon tools to combat, prevent and punish terrorist attacks has been tried before – and been proven less than effective.

Before we get into the challenges of over-the-horizon counterterror operations, it pays to recall why such operations are inevitable in Afghanistan.

From its earliest days in power, the Taliban regime in Afghanistan made common cause with jihadist-terrorist groups such as al-Qaida. Indeed, it was the Taliban that allowed al-Qaida to use Afghanistan as a training ground and launching pad for 9/11. The Taliban hasn’t been reformed in the intervening decades. According to the Pentagon, the Taliban maintains close ties to al-Qaida, which has a presence in 21 of Afghanistan’s 34 provinces. The United Nations reports that the Taliban “continue to be the primary partner” for virtually every terrorist group operating in Afghanistan. And thanks to the collapse of the Afghan National Army, the Taliban regime is now in possession of huge stores of military hardware: machine guns, grenade launchers, ammunition, Humvees, armored vehicles, Black Hawk helicopters.

There are some 1,500 ISIS-Khorasan (ISIS-K) fighters in Afghanistan. Experts warn that number could grow to 10,000 as the group recruits dispossessed Afghan men to its ranks. A resurgent ISIS has already carried out attacks against the United States (e.g. the bombing outside Kabul’s airport in August, which claimed 13 U.S. personnel). ISIS and the Taliban may view each other as enemies, but that attack was planned and conducted in Taliban-controlled Afghanistan.

The main obstacle to the effectiveness of over-the-horizon counterterror operations – even with today’s ISR capabilities – is the tyranny of distance.

A key reason al-Qaida set up shop in Afghanistan in the 1990s is the country’s remoteness. Afghanistan is landlocked and bordered by Iran, Turkmenistan, Uzbekistan, Tajikistan, China and Pakistan. Two of those nations, Iran and China, are openly hostile to the United States. One (Pakistan) is wholly undependable and untrustworthy. And the rest are largely under the sway of yet another nation at odds with U.S. interests (Russia).

At its nearest point, Afghanistan’s southern border is 300 miles from ocean waters, where U.S. aircraft carriers can operate and launch sorties. F/A-18s, F-35Bs and F-35Cs have the range to get to Afghanistan and back to their carriers, but they have little wiggle room for loitering. Predator and Reaper UCAVs have an even shorter range. Midair refuelers and heavy bombers can launch into Afghanistan from bases in Qatar (1,200 miles away), Diego Garcia (2,900 miles away) or even the United States (7,200 miles away), but those flights take even more time, more planning, more logistical gymnastics.

In short, since U.S. manned and unmanned warplanes are no longer operating from bases inside Afghanistan, counterterror strikes will be conducted from way over the horizon. And no matter where they emanate from, they will be transiting some rather unfriendly skies.

Another obstacle is time. Without intelligence operatives, commandos and other enablers on the ground gathering and exploiting and acting on intel in real time, threats and targets have a way of disappearing before they can be neutralized. Recognizing this, Gens. David Petraeus and Stanley McChrystal stood up fusion-cell networks, which gathered intelligence on terrorist and insurgent activity, acted on it immediately, and decimated the enemy by relentlessly conducting hundreds of raids per month in Iraq and Afghanistan. Each raid yielded fresh intelligence that served as building blocks for the next raid – and shortened the time between planning a raid and launching a raid. That sort of counterterror operation is simply impossible without boots on the ground.

The consequences of having too much distance and time between terrorist threats and those who can neutralize the threats are not hypotheticals.

Missing the target.  In 1996, as Osama bin Laden issued his declaration of war against America, he promised “to initiate a guerrilla warfare” against the United States and vowed to carry his “jihad against the kuffar (those who refuse to submit to Allah) in every part of the world.” And that’s exactly what he did.

In August 1998, al-Qaida terrorists bombed a pair of U.S. embassies in East Africa, murdering 224 civilians and injuring more than 5,000. Partly because U.S. forces were not postured or positioned to act on intelligence rapidly, immediately and repeatedly, Washington’s response – a volley of Tomahawk cruise missiles launched from six warships and a submarine hundreds of miles and a couple hours away from their targets – was limited in its effectiveness, scope and duration.

Undeterred and unscathed, an emboldened al-Qaida then attacked USS Cole in October 2000, killing 17 sailors, and then unleashed the 9/11 assault a year later.

In the words of 9/11 Commissioner (and former senator) Bob Kerrey, al-Qaida “knew – beginning in 1993, it seems to me – that there was going to be limited, if any, use of the military and that they were relatively free to do whatever they wanted.”

That didn’t change until U.S. intelligence and military assets took the fight directly to al-Qaida and its Taliban hosts by taking up positions in Afghanistan. The strawman argument that there was no middle-ground option between complete withdrawal and a multi-division occupation is belied by that highly successful initial phase of the post-9/11 campaign (which relied a small footprint and focused on targeting the enemy); by the 18 months preceding the August 2021 pullout (during which there were no U.S. combat deaths); and by the Pentagon leadership (who recommended maintaining a backstop deterrent force of between 2,500 and 4,000 troops).

Hitting the wrong target.  More distance and less accurate intelligence often leads to less precise operations – and that can lead to mistakes. After the bombing outside Kabul’s airport in August, the United States responded with an over-the-horizon UCAV strike targeting a suspected ISIS-K bomb-laden truck. Tragically, 10 civilians were killed in that strike. “We now assess that it is unlikely that the vehicle and those who died were associated with ISIS-K,” CENTCOM commander Gen. Frank McKenzie recently conceded.

Hitting the right target in the wrong place.  The United States has conducted 374 over-the-horizon strikes targeting terrorists in Yemen home to al-Qaida in the Arabian Peninsula (AQAP). The most notable of those was an over-the-horizon drone strike that eliminated AQAP leader Anwar al-Awlaki in 2011, but that strike also killed many people apparently not affiliated with AQAP, including a 16-year-old relative of al-Awlaki born in Denver.

Such mistakes happen with close-in operations as well as over-the-horizon operations. But the odds of mistakes, misses and missed opportunities increase as the distance from the target and the time needed to get to the target increase.

Reacting too late.  The 2007-2008 surge decimated al-Qaida’s branch in Iraq (AQI). But after the withdrawal of U.S. forces in 2011, AQI reconstituted and rebranded itself as ISIS. By summer 2014, ISIS fighters were sweeping across northern and western Iraq. America’s Iraqi-Kurdish allies were on the verge of being overwhelmed. Herded and cornered on a remote mountain, Iraq’s Yazidi minority was at risk of being wiped off the face of the earth. And Baghdad’s outer defenses were nearly overrun.

President Barack Obama then ordered carrier-based warplanes to conduct over-the-horizon airstrikes in the earliest phases of what came to be called Operation Inherent Resolve. Air Force fighters, attack aircraft and bombers based out of Kuwait, Turkey, Qatar and UAE joined the battle. Cargo planes operating from Kuwait and Qatar airdropped humanitarian aid. U.S. Special Ops units, Marines, elements of the Army’s 1st Infantry, 10th Mountain, 82nd Airborne, 101st Airborne, and other key ground units flowed into Iraq. The operation ultimately beat back the ISIS blitzkrieg, but it was too late for tens of thousands of Iraqis killed, maimed, raped and enslaved by ISIS -- and too late to prevent the global jihadist movement from using Baghdadi’s brutality to recruit, expand and build.

Warnings.  It’s worth noting U.S. forces are still on the ground in Iraq, bolstering Iraqi and Kurdish forces as they smother ISIS flareups. It’s also worth noting that America’s greatest victories in the war on terrorism – the dismantling of jihadist networks in the Philippines, the takedown of bin Laden, the elimination of Baghdadi, Soleimani and Zarqawi, the capture of Saddam Hussein, the decimation of the AQI network in 2007-2008, the rollback of the ISIS caliphate in 2014-2017, the toppling of the Taliban regime in 2001 and the elimination of Afghanistan as a spawning ground for terrorist attacks against America – came courtesy of U.S. personnel on the ground and/or air assets freely operating inside the battlespace.

Those sorts of operations will be extremely difficult in Afghanistan using over-the-horizon assets. But don’t take my word for it. “Relying on drone strikes and targeted raids from afar to disrupt plots,” Petraeus warns, “is a fantasy.”