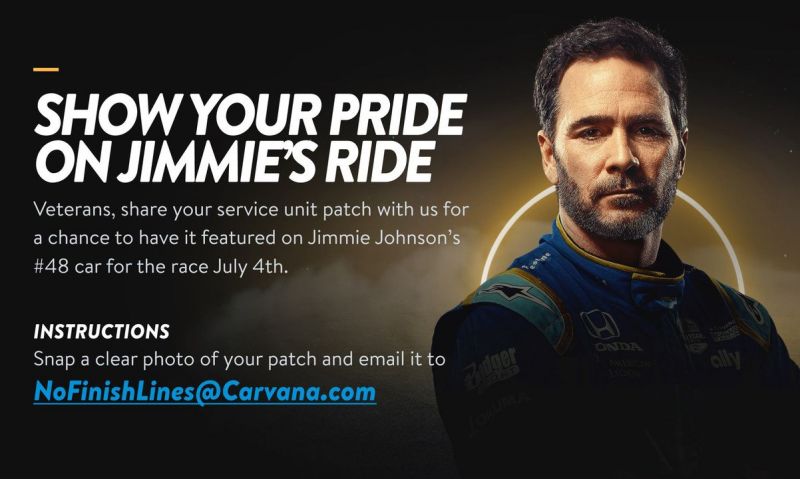 When Jimmie Johnson takes to the Mid-Ohio Sports Car Course on July 4 for the Honda Indy 200, his Chip Ganassi Racing No. 48 car could have your military unit’s patch on it. Until April 29, Carvana Racing is taking unit patch submissions from veterans for a chance to be included on Johnson’s car, which features American Legion branding prominently in its paint scheme. Simply take a clear picture of your unit’s patch and email it to NoFinishLines@Carvana.com. The American Legion and Chip Ganassi Racing have entered into a multi-year sponsorship agreement for the No. 48 Honda in the NTT INDYCAR Series. Johnson will drive the car during this season’s road races, while 2013 Indianapolis 500 champ Tony Kanaan will compete in oval races in a car featuring an even more prominent American Legion presence. For more information on The American Legion and its NTT INDYCAR SERIES participation, visit www.legion.org/48.