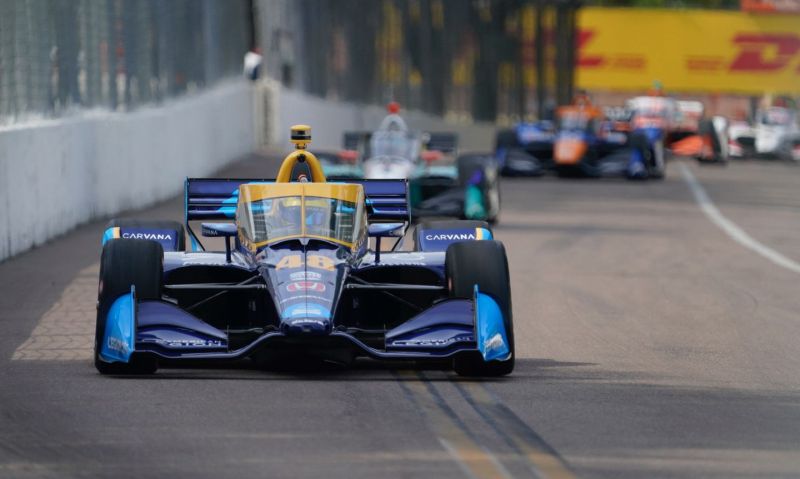 After two weeks off, Jimmie Johnson returns to the track this weekend, heading to a racing setup in the shadows of one of the most iconic racing venues in motorsports.

Johnson and the NTT INDYCAR Series will be in Indianapolis, Ind., for the GMR Grand Prix. The 85-lap, 207-mile road course makes use of Turns 1 and 2 and the front straightaway of the Indianapolis Motor Speedway, which two weeks later will play host to the Indianapolis 500.

Johnson, a seven-time NASCAR Cup Series champion, is driving the Chip Ganassi Racing No. 48 Honda, which features American Legion branding prominently in its paint scheme. Last winter The American Legion and Chip Ganassi Racing entered into a multi-year sponsorship agreement for the No. 48 Honda in the NTT INDYCAR Series, with the seven-time NASCAR Series champion Johnson driving during this season’s road races. In his first two INDYCAR races, Johnson drove the car to 19th- and 22nd-place finishes.