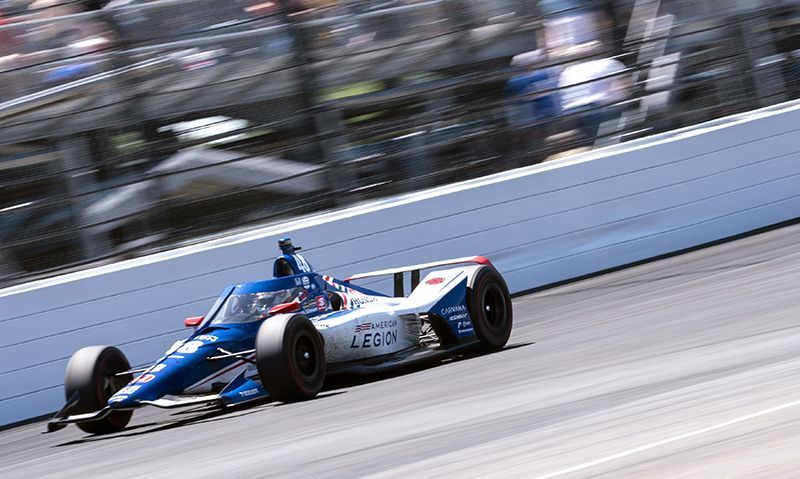 A late charge by veteran Tony Kanaan pushed The American Legion No. 48 car to a 10th-place finish in the 105th running of the Indianapolis 500 on May 30.

Kanaan, who qualified the Chip Ganassi Racing (CGR) car fifth overall and had run near the top of the field throughout practice, was assessed a penalty on Lap 45 for receiving emergency service in a closed pit.

After the race, Kanaan told CGR the penalty following the pit stop took him and his car out of contention with less than a fourth of the race gone.

“We got caught out in the yellow and the day was over,” Kanaan said. “I said we needed to run in the top five all day, otherwise it was going to be really, really, really hard. Our race was over before we even started it: getting caught in that yellow, having to pit and go to the back of the pack.

“We did everything we could. We had a fast car. We made some good passes. But I knew then I just had to fight, but I knew it was going to be difficult.”

Palou, who finished third in the GMR Grand Prix two weeks ago driving the No. 10 American Legion, moved into first in the NTT INDYCAR Series points race.

Up next for Chip Ganassi Racing and the No. 48 car is the Detroit Grand Prix doubleheader June 12 and 13 on Belle Isle. Seven-time NASCAR Series champ Jimmie Johnson will drive the car for CGR during both races.