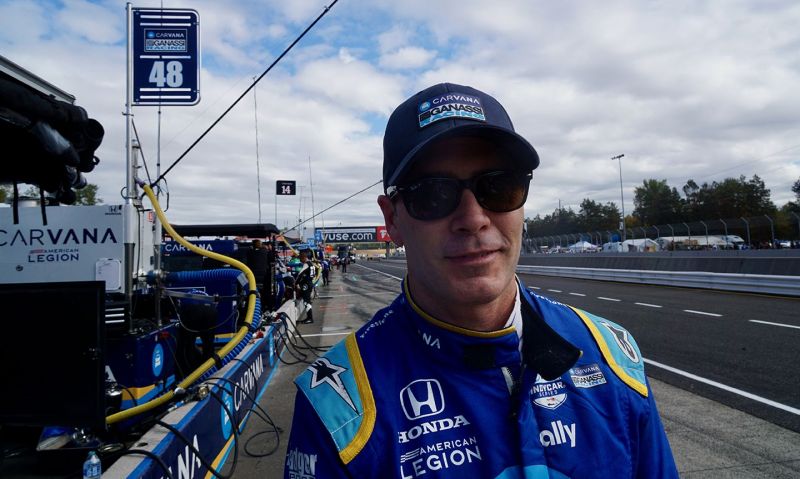 Jimmie Johnson returns to his home state of California for the first time as an NTT INDYCAR SERIES driver. It’s off to WeatherTech Raceway at Laguna Seca for Sunday’s Firestone Grand Prix of Monterey.

The driver of the No. 48 Carvana/American Legion Honda for Chip Ganassi Racing has displayed tremendous improvement over the past two races. Those include the Big Machine Spiked Coolers Grand Prix at the Indianapolis Motor Speedway on August 14 and another improved performance last Sunday in the Grand Prix of Portland.

Johnson returns to another track where he has previously tested during the offseason, and that has given him and The American Legion crew confidence that he can be even more competitive this weekend.

“I’m excited to get there,” Johnson said. “I’ve tested there twice. I hope I can build on that experience over the course of the year with the two test sessions and put myself up in the teens regularly. It would be nice to do that in practice and stay there in the race.”

“Jimmie’s progression, he tested there very early on and where he has come from and where he is now, is a remarkable improvement,” Pruett said. “I’m very excited.

“Just like in NASCAR, when you get the opportunity to go back to the track again a second time, it always helps because you have one under your belt. Even moreso when you have never been there before.”

With two races remaining, including the Sept. 26 Acura Grand Prix of Long Beach, Johnson and the No. 48 team are hoping to end the season on a high note to give the operation even more momentum heading into his second season as an NTT INDYCAR SERIES driver with The American Legion.

“I just want to help,” Pruett said. “We have two races left. I want to help the best I can finish off the season. In a perfect world, we would like to get a top 15 and then head off to Long Beach.

“Jimmie Johnson with a year of experience will be huge. He came off an oval test real excited and ran very strong. There are a lot of exciting things in the mix right now and a lot of excitement, but our focus is on Laguna and then Long Beach.”