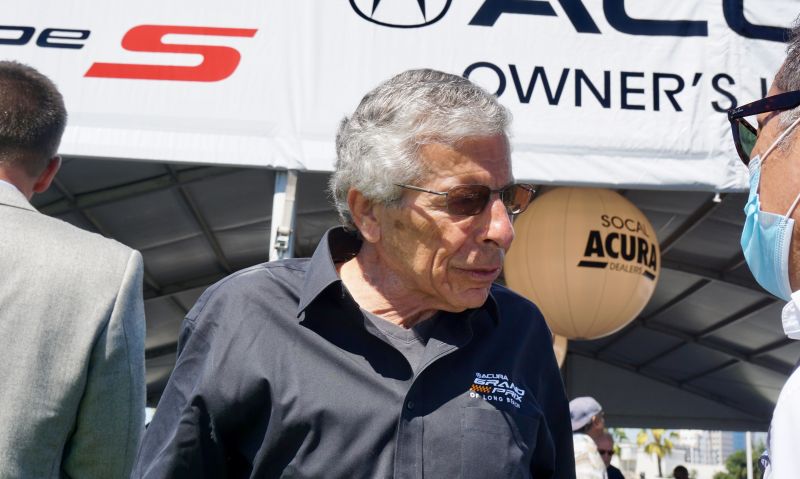 Jimmie Johnson has the unique experience of going from the grandstands at Long Beach into the starting grid.

From a fan, to in the field.

As a teenager, Johnson began attending the Acura Grand Prix of Long Beach in California as a spectator with his father. On Sunday, Johnson and the No. 48 Carvana/American Legion Honda from Chip Ganassi Racing will be in the race.

The American Legion driver has purchased 80 tickets for friends and family from El Cajon, Calif., and the surrounding area to attend the race.

“I feel giddy about being here, just like when I was a kid,” said Johnson, who will start the race 27th. “This year, I was very generous with suite opportunities for friends. It will be highly attended, and I decided to go big here.

“I didn’t have any problems filling it.”

The Acura Grand Prix of Long Beach is also considered the second biggest street race in the world, behind the Grand Prix of Monaco Formula One race.

“For anybody who has followed his career, they realize what he has done,” Michaelian told The American Legion. “He went to moto-cross for a while and then went into NASCAR and had great success there with seven championships. Now, he is trying his hand at INDYCAR. I give him credit. That is not an easy transition at all.

“What is really revealing about it is how he has improved as time has gone on. Rather than feeling deflated after the lack of success that he has had, he is still coming on strong. He has never finished last in an INDYCAR race and that is kinda cool.

“I give him credit. At his age, to take on a whole new discipline when he didn’t need to, congratulate to him.