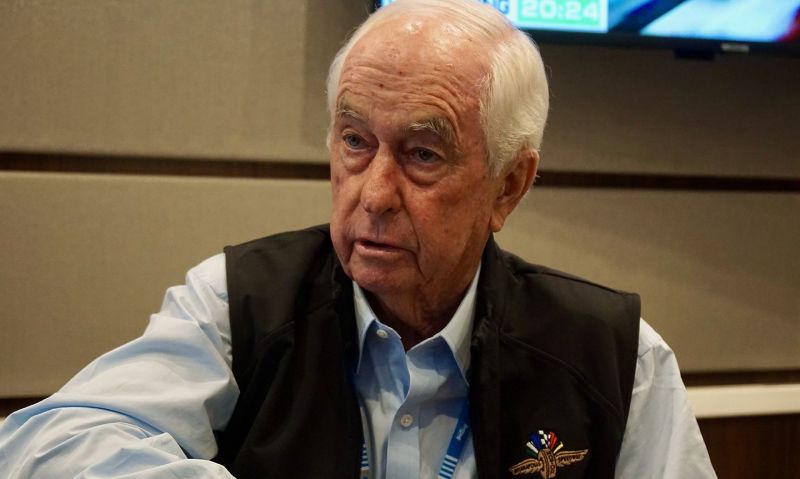 INDYCAR and Indianapolis Motor Speedway owner Roger Penske believes the addition of Jimmie Johnson, The American Legion and Carvana to the NTT INDYCAR SERIES lineup helped ignite a spike of interest in the series in 2021.

“There is no better guy in racing than Jimmie Johnson,” Penske said. “He is the best at what he has been able to accomplish in NASCAR, and for him to come over here and try INDYCAR is very important. He is a quality guy and for him to bring The American Legion, and what they do for the country, along with Carvana, you couldn’t ask for a better combination.”

A legendary industrialist and racing team owner, Penske guided an outstanding revitalization of the high-speed racing series. Television ratings were up over 30 percent, and since COVID-19 restrictions were lifted on-site attendance was very impressive in 2021. Season-long ratings and other data released by NBC prove that 2021 was a positive sign of growth as an average of 1.2 million fans tuned in to each race.

As a NASCAR team owner, Penske’s drivers competed against Johnson at Hendrick Motorsports as the driver won an astounding 83 races and a record-tying seven NASCAR Cup Series championships.

This year with backing from The American Legion and Carvana, Johnson was an INDYCAR rookie at Chip Ganassi Racing. Johnson was able to experience racing in a series that spawned his love for auto racing.

Johnson’s arrival has been important for INDYCAR. By representing The American Legion and its more than 5 million members, it has created another avenue of support with a dramatic increase in fans for INDYCAR. Also, Carvana and its unique marketing and brand campaign has captured the interest of television viewers, with Johnson featured on both INDYCAR and NASCAR telecasts.

Johnson is a hero on the race track, but members of The American Legion are the true American heroes, as they help support its members and veterans throughout the United States that have served the country.

And so far, this season, Johnson has helped give The American Legion a driver to cheer for in INDYCAR, creating new fans for the rejuvenated series.

“It’s been a great season,” Penske said. “We’ve had different winners, a tight points race and a stacked field. We have some great sponsors like The American Legion and Carvana, and we have some great teams.”