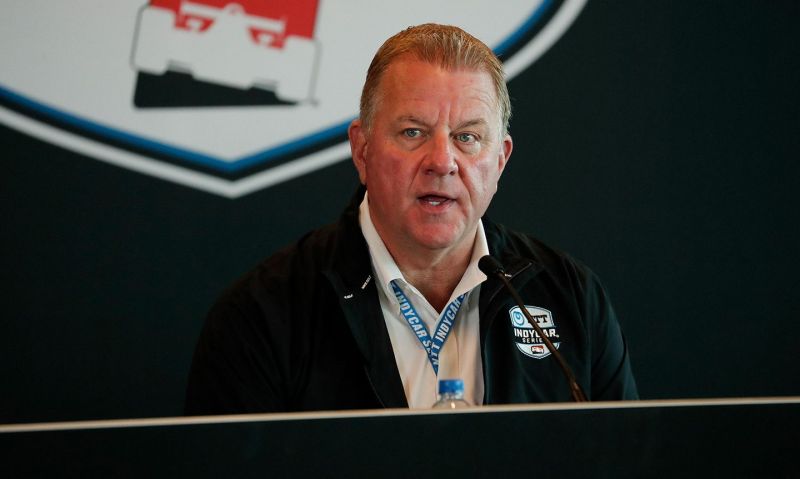 After an upbeat 2021 NTT INDYCAR SERIES season, INDYCAR President Jay Frye believes one of the highlights was the addition of seven-time NASCAR Cup Series champion Jimmie Johnson to the lineup.

Frye felt a sense of pride to see an iconic institution as The American Legion join forces with INDYCAR, Chip Ganassi Racing and Jimmie Johnson.

“It’s a huge honor to have them with us and participate,” Frye told The American Legion. “It’s not a brand; you are representing an institution. Freedom isn’t free and we are very proud to have them at our events and we hope they are around for years to come.”

Earlier in Frye’s career, he was a NASCAR team owner in the Cup Series. One of the team’s sponsors was a branch of the United States Military.

“When I was in NASCAR, we had the U.S. Army as our sponsor, and The American Legion includes members who were in that branch of the service,” Frye said. “It’s truly an honor to have The American Legion around here. We appreciate what they have done for our country. It’s great to host them at the races and they certainly deserve it.

“It’s great to have them and it’s an honor.”

It has also been an honor to attract such “rookies” as former Formula One driver Romain Grosjean, three-time Australian Supercars champion Scott McLaughlin and a seven-time NASCAR Cup Series champion with Johnson.

“We had an amazing rookie class in 2021 and all three did different things and it was a complete pleasure to have all of them in the series and look forward to what they can do in the future,” Frye said. “We are so excited they participated with us this year and excited for the future.

“Jimmie Johnson and I have talked for the past three years, and I kept him updated on what we were doing in INDYCAR. We knew this was an idea of his for the future.”

Frye and Johnson have known each other for more than 20 years. Prior to become a NASCAR Cup Series rookie driver at Hendrick Motorsports in 2002, Johnson competed in what is now known as the NASCAR Xfinity Series.

“With my history in NASCAR, I go all the way back to when he was in the Busch Series,” Frye recalled. “It was great to have him in the series and fun to watch him grow as the season went on. He got better and better every week. I think it will be really exciting to see him on an oval. That’s his bread and butter.

“I think he has the feel for what this car feels like on an oval and he will do great.”

Johnson is seriously considering competing in the 106th Indianapolis 500 next May. He has already completed the first two phases of his Indy 500 Rookie Orientation Program (ROP). He can complete the third and final phase during an Indy 500 Open Test at the Indianapolis Motor Speedway next April.