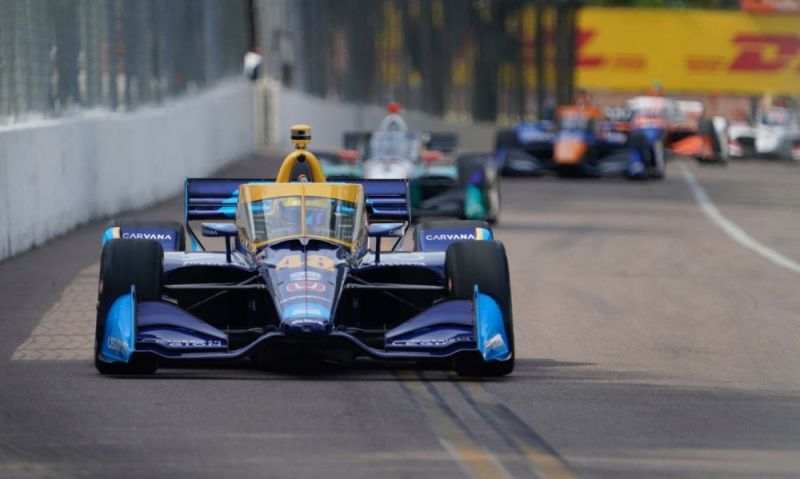 When Jimmie Johnson of The American Legion reports for full-time duty in the 2022 NTT INDYCAR SERIES, the driver of the No. 48 Honda will have a new “Commander.”

It’s Mike Le Gallic, a Canadian with experience in both Formula One, the NASCAR Cup Series and most recently with Scott Dixon on the No. 9 PNC Bank Honda at Chip Ganassi Racing.

“When that ceased to be a team in terms of Ray’s tenure there, we hired him to work in Indianapolis. He’s been around the Scott Dixon program for quite a while and has held different jobs on that car. He has also supported the building and looking after the race cars in terms of hardware, development and durability. He had been on the back end of Scott Dixon’s car for a long time as a rear end mechanic.”

Shuffling the troops is a common practice at Chip Ganassi Racing as Hull oversees the entire four-car INDYCAR operation and the new IMSA Cadillac effort that begins in 2022.

“Traditionally, what we have done is move people around to create fresh thinking and a fresh approach and revitalize the communication among team members by moving them from area to area on the car,” Hull explained. “Mike is a good choice for Jimmie’s car and that is what we have done.

“Jimmie was part of the decision, so it wasn’t a blind decision by any stretch of the imagination. We move people around and that is what we decided to do.”

By strengthening the troops, Hull and Chip Ganassi Racing are confident that Johnson and his squad will be better prepared for the battles on the track in 2022.”

Just as the military and The American Legion is all about teamwork, so is Chip Ganassi Racing in INDYCAR. The driver may be the fighter pilot in the high-speed INDYCAR, but it takes an entire crew of mechanics and engineers to help that pilot reach for the stars.

“From the outside it appears that it affects that. There is so much support in our system, that it probably strengthens what we are doing because the guys that are on Jimmie’s program realize it’s a team effort. The core group is still together. They will remain that way and continue to grow.

“The upside for Jimmie is the fact he has one year under his belt, and he understands more fully what he needs to do and how he needs to rely on people like Mike, which he will, to continue to enhance his progress as a race driver.”

Johnson is a NASCAR legend after winning seven Cup Series championships and 83 races in his career. After retiring as a full-time NASCAR Cup Series driver following the 2020 season, Johnson enlisted as an NTT INDYCAR SERIES rookie with Chip Ganassi Racing.

With funding from Carvana and The American Legion, Johnson passed his “Basic Training” as a street and road course rookie in 2021. Just last week, Johnson and the team announced that Johnson is ready for full-time status and will compete in every INDYCAR race in 2022.

“I’m excited Jimmie and Carvana and The American Legion have made the decision for this whole thing to weld itself together like we are going to see it this year,” Hull said. “Jimmie had two terrific oval tests, one at Texas and one at Indianapolis, and that certainly helped him make the decision that he had made. We will race Iowa twice the same weekend, we will race at Texas, we will race at Gateway and the Indianapolis 500. That’s four more races on his calendar.

“It’s the growth of where he is as a race driver. It follows along with the way Chip runs a race team. You build your team one building block at a time. Jimmie has under his belt now, road and street races and now he is adding ovals and I think it’s exciting we are doing that.”