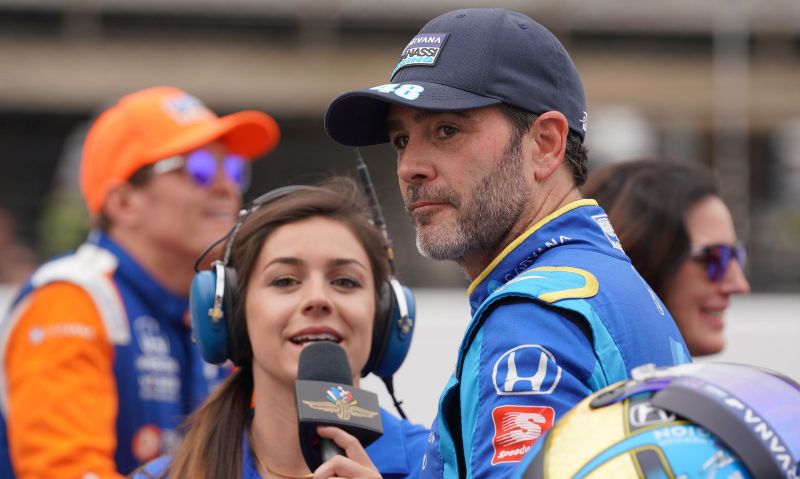 After spending the last month zooming around the 2.5-mile Indianapolis Motor Speedway oval, Jimmie Johnson and The American Legion team head to the streets of Detroit for this weekend’s Chevrolet Detroit Grand Prix on Belle Isle.

It's the final time an NTT INDYCAR SERIES event will be held on the 2.35-mile, 14-turn temporary street course on Detroit’s Belle Isle Park. Beginning next year, the race will be on the streets of downtown Detroit.

“I’ll just keep building on my performances from last year and even what I have done this year,” Johnson said. “I need to keep advancing and becoming more competitive on the street and road courses.”

Last year’s Chevrolet Detroit Grand Prix was a doubleheader contest with complete races on both Saturday and Sunday. Johnson started 22nd and finished 24th in Race No. 1, dropping out on Lap 49 with a throttle issue. The next day, he started 25th and finished 21st, completed 69 of the 70 laps in the race.

Johnson and the rest of the NTT INDYCAR SERIES competitors hit the track for Friday’s practice at 3:30 p.m. Eastern Time. It’s a 45-minute practice with 15 minutes of pit stop practice.

The race will be televised live on USA Network beginning at 3 p.m.

That’s a great time to round up the crew and head to the local American Legion Post to watch the race on television and support Johnson, Chip Ganassi Racing and The American Legion’s “Be the One” campaign to help prevent veteran suicide.