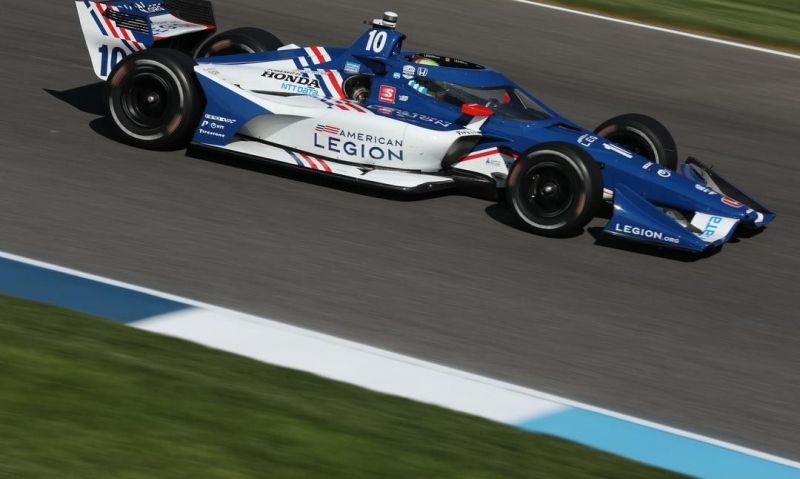 School is out, and the summer is heating up and that means one thing in the NTT INDYCAR SERIES – Road Trip to Road America.

This weekend is the highly-anticipated, eagerly awaited trip to “America’s National Park of Speed” – the massive and picturesque Road America race course.

It’s a 4-mile, 14-turn road course carved out of the scenic Wisconsin landscape near the resort town of Elkhart Lake, Wis. It’s the site of Sunday’s Sonsio Vehicle Protection Grand Prix at Road America, the eighth round of the 17-race NTT INDYCAR SERIES championship.

“I love racing at Road America,” said Palou, a 25-year-old from Spain. “It’s one of the great tracks on our schedule and reminds me of the European style road courses that I used to race on.”

It’s also one of Palou’s best tracks on the schedule. As a rookie with Dale Coyne Racing with Team Goh in 2020, Palou started 14th and finished third in the first race of a doubleheader. The following day, he started fourth and finished seventh.

Last year, it was back to the traditional race format and Palou started fifth and won the race, leading the final three laps after Josef Newgarden’s Chevrolet had its gearbox lock up in fifth gear on the final restart of the race.

That allowed Palou to take the lead and speed away to a crucial victory that helped him win the 2021 NTT INDYCAR SERIES championship.

The race included 231 on-track passes, including 194 for position, a record for INDYCAR at the track since its first race in 2016.

Jimmie Johnson will also compete in the No. 48 Carvana/American Legion Honda and is ready for his second race at Road America after scratching his way to a 22nd-place finish on the streets of Detroit in last Sunday’s Chevrolet Detroit Grand Prix. Although Johnson did not advance from his 22nd-place starting position, he was able to run competitive lap times after settling in to the race.

This weekend, however, Johnson gets some room for the Honda engine in his No. 48 Carvana/American Legion entry for Chip Ganassi Racing to stretch its legs.

There is plenty of room to race in Sunday’s 55-lap contest that begins at 12:30 pm Eastern Time on NBC.

“Looking forward to a little bit more space out there,” said Blair Julian, Johnson’s race strategist on the No. 48 crew. “It’s a great place to be and hopefully we’ll have a better result for him.”

Johnson believes he needs to improve on his pit entry and pit out times but when he is on the track, has improved his lap times.

In Johnson’s Road America debut in 2021, he started 23rd and finished 22nd, one lap down at the finish.

This year, he is increasing his expectation level.

“I’ve always held Road America in such high regard and was very, very thrilled with my experience there last year,” Johnson said. “I do feel like I’m a much different driver now and that layout of track, the high-speed corners will suit me, and my experience will show through, and I should have a much better weekend.”