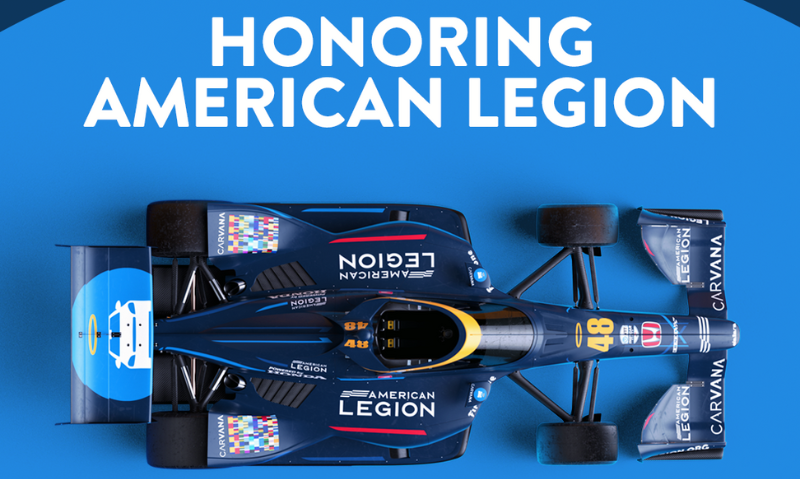 One of the most important holidays of the year for The American Legion is Independence Day, known to many as the Fourth of July.

It’s the centerpiece holiday of the summer, and one of the major holidays of the year. The United States of America celebrates its 246th birthday since the adoption of the Declaration of Independence on July 4, 1776.

The Continental Congress adopted the Declaration of Independence at the Pennsylvania Statehouse on July 4, 1776, but it was actually signed on Aug. 2, 1776.

Members of The American Legion play a major role in Independence Day celebrations across the United States. From marching in Fourth of July parades to hosting cookouts throughout the land, and of course, massive fireworks displays, it’s a great day to feel a sense of pride of being an American and a member of The American Legion.

One of those celebrations will take place 481 miles from Independence Hall in Philadelphia. It’s the Mid-Ohio Sports Car Course, the site of the Honda Indy 200 at Mid-Ohio Presented by the All-New 2023 Honda Civic Type R on Sunday, July 3.

For the second year in a row, Jimmie Johnson will be driving the No. 48 Carvana/American Legion Honda for Chip Ganassi Racing on the 13-turn, 2.248-mile road course in Steam Corners, Ohio. And he'll be debuting a brand new livery that he and Carvana collaborated with The American Legion to design.

On July 4, 2021, Johnson started 25th and finished 21st at Mid-Ohio. He was able to finish the 2021 season with marked improvement and hopes to improve on his performance beginning this weekend in the Honda Indy 200 at Mid-Ohio.

“I can do that, and I see my lap times are about one second faster this year than I was last year at all these tracks that I’m coming back to,” Johnson said. “All of the data is supporting that. I think the field is stronger than it was last year, and it is harder to finish in the teens.

“If I can just have some luck and have a clean race on a road course, I believe higher finishes are possible.”

Although the NTT INDYCAR SERIES has not raced since the June 12 Sonsio Grand Prix at Road America, Johnson was part of a 19-driver INDYCAR test at Iowa Speedway on June 20.

He traded in the No. 48 Carvana/American Legion Honda Indy car for the No. 48 Ally Cadillac DPi at Action Performance Racing in last Sunday’s Sahlen’s Six Hours at The Glen IMSA Sports Car Race.

Johnson shared the car with Mike Rockenfeller of Germany and Kamui Kobayashi of Japan. The team finished sixth out of seven entries in DPi, the first car one lap down in the DPi category.

“I like off weekends, but being in the car helps, also,” Johnson said.

Eric Cowdin is Johnson’s engineer and believes the team will make some impressive improvement the second half of the season.

“We are building on the confidence and the pace of the car every weekend,” Cowdin said. “He has done everything we have asked Jimmie Johnson to do.

“With nine races to go, we will refocus, and Chip Ganassi Racing has a championship to win (with Marcus Ericsson, Alex Palou and Scott Dixon) so we have to stay focused on that.”