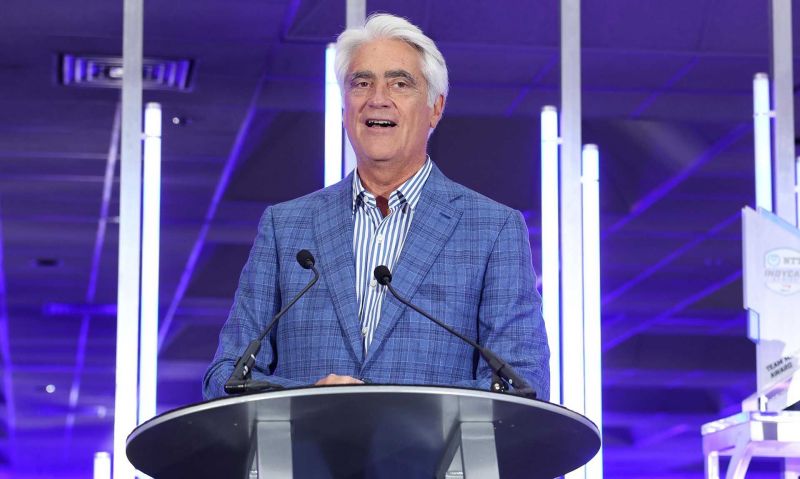 As the NTT INDYCAR SERIES teams and drivers throttle back into the offseason, it’s a chance to get some well-earned time off to recharge and reflect.

That includes Jimmie Johnson, driver of the No. 48 Carvana/American Legion Honda at Chip Ganassi Racing. At the season’s final race at WeatherTech Raceway at Laguna Seca, Johnson said he will take few weeks off before putting next year’s schedule together.

Penske Entertainment CEO Mark Miles is hoping Johnson returns for another full season of INDYCAR action because of the positive influence the seven-time NASCAR Cup Series champion brings to the series.

“I can’t say enough positive things about him as a person, as a professional athlete, as a competitor, driver and champion,” Miles said of Johnson. “We’ll take what we can get, but he has to make that decision of how many races he wants to compete in next season.

“He has been in motorsports for a very long time. More is better if it works for him.”

Team Penske driver Will Power was honored Saturday night at INDYCAR’s “Victory Lap Celebration” at the Indianapolis Motor Speedway Museum. The top three drivers in both the NTT INDYCAR SERIES and the Cooper Tires Indy Lights championship were honored as well as INDYCAR Rookie of the Year Christian Lundgaard and Indy Lights Rookie of the Year Hunter McElrea.

That included Chip Ganassi Racing’s Scott Dixon, who finished third in the standings behind Power and second-place Josef Newgarden of Team Penske.

Dixon was unable to attend because he is at the Goodwood Festival in England this weekend. He spoke to the crowd with a video from England.

“I want to apologize for not being there tonight,” Dixon said. “It was a huge championship year for all of us and a very successful one for the series and NTT and everyone involved.

“I’m at Goodwood putting the band back together with Dario Franchitti in a Pro-Am. I’m the amateur this weekend but looking forward to the race here.

“Chip Ganassi Racing had an amazing season this year with all of our partners. Unfortunately, we came up a little bit short.

“I really want to congratulate Will Power. You drove a tremendous season this year. Even with some of the lows that you had, some of the mistakes with qualifying, you bounced back tremendously. I know how tough these championships are and to see you do it in the style that you did it in the last race of the season, massive congratulations.”

In his remarks to the crowd at the “Victory Lap Celebration,” Miles also recognized The American Legion for their support of the series as INDYCAR Official Partner.

INDYCAR also helps support The American Legion’s “Be the One” campaign to bring awareness to help prevent veteran suicide.

On the track, two-time champion Power and six-time champion Dixon became the only drivers to complete every lap of every race of the 2022 season. That has only happened three previous times in IndyCar history.

“What a year,” Power said as he was awarded his personal Astor Cup trophy. Power also won the Astor Cup when he won the 2014 NTT IndyCar Series championship. “What a phenomenal year coming off one of my worst seasons personally. We came back with a vengeance.”