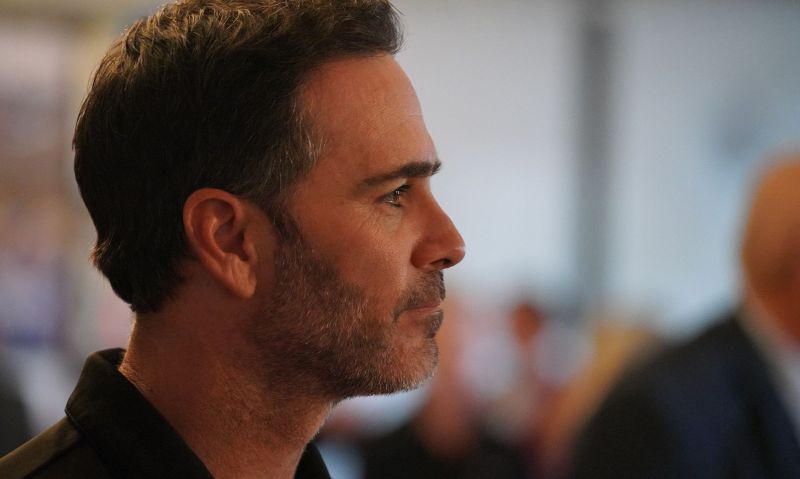 It’s been quite a ride for Jimmie Johnson in the NTT INDYCAR SERIES the past two seasons, but in 2023, Johnson will not make it a full-time effort.

Johnson made the announcement Monday morning.

“I’ve made the decision that I will not compete full-time in 2023,” Johnson said. “This was a difficult choice for me, but in my heart, I know it’s the right one. I’m not exactly sure what the next chapter holds but if an opportunity comes along that makes sense, I will consider it.

Johnson has been the face of The American Legion’s “Be the One” campaign with the Legion serving as the major associate sponsor of the No. 48 Carvana/American Legion Honda. The seven-time NASCAR Cup Series champion showed improvement from his first INDYCAR race in 2021 and ran the full season in 2022.

He scored his career-best finish of fifth place in an Indy car at Iowa Speedway in the July 24 Hy-Vee Salute to Farmers 300.

“Competing at this level in INDYCAR has been such a great experience,” Johnson said. “I couldn’t have asked for a better team to race for than Chip Ganassi and Chip Ganassi Racing. Everyone worked extremely hard for the last two seasons, pushing to get the best performances out of me every single week.

“The support from my crew and teammates Dario (Franchitti), Scott (Dixon), Tony (Kanaan), Marcus (Ericsson) and Alex (Palou) went above and beyond anything I could have ever asked for.”

As late as Labor Day weekend at Portland, Johnson said he wanted to return to a full-time INDYCAR effort in 2023 but that depended on whether Carvana was returning as the primary sponsor.

Ironically, Carvana agreed to return, but Johnson reconsidered his efforts and wanted to think about it before making a commitment.

“I’m thankful for the partnership with a company like Carvana for allowing me to take this journey in INDYCAR, for seeing the value in our partnership and being open to future opportunities together,” Johnson said. “They have truly showed me that there are no finish lines in life.

“Along with Carvana, The American Legion, Ally, cbdMD and Frank August were there every step of the way and I couldn’t have done it without all of them. Most importantly, and the true rockstars in all of this, my family, Chani, Evie and Lydia … they have always allowed me to chase my dreams and we are all just really excited about what the future holds for all of us.

“I have enjoyed every minute of these last two years.”

Team owner Chip Ganassi helped give Johnson a chance to try his dream of racing an Indy car after he retired from NASCAR in 2020 with seven Cup Series championships.

“We are fully supportive of Jimmie,” Ganassi said. “He has been a valued member of our team and if we can find a way to continue working together, we would like to do so.”

Of course, it takes sponsorship to make that happen and Johnson had two of the most committed in Carvana and The American Legion.

“During the past two years, Jimmie Johnson has been so amazing to collaborate with,” said Ryan Keeton, Carvana co-founder and chief brand officer. “Our team admires his passion, hard work and commitment to continuous improvement while also having fun, and we look forward to continuing to support him next year in this new chapter.”

Carvana Racing’s eight-episode docuseries “Reinventing the Wheel” has chronicled Johnson’s sophomore year in INDYCAR, and the season finale which debuted today features a final clip from Johnson in which he explains his decision to step back from a full-time schedule.

To watch the eight-episode video series, as well as the new episode which follows Johnson through the final race of the season at Laguna Seca, go to Carvana.com/Racing or click here.