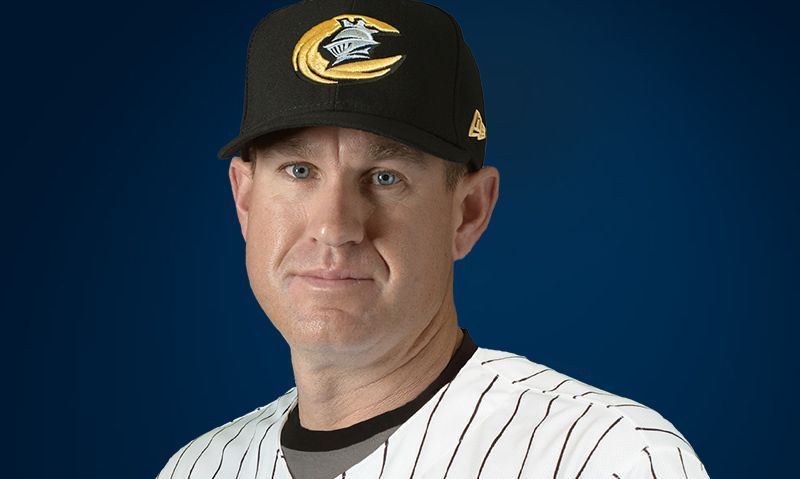 A major league veteran of 13 years and 1,212 games, Wes Helms says sitting the bench in his first American Legion Baseball season illustrates how much respect he has for that level of baseball.

"I remember when I first got on the team, I was just on the team," Helms said of his first season playing for Gastonia Post 23 in 1991, which came after his ninth-grade year Holbrook Junior High in Lowell, N.C.. "It was because we had a really, really good team.

"But Legion baseball can bring the best out of you and it did that for me. We went to play in Monroe and (coach) Peanut (Parks) put me in centerfield and I hit a home run that night. After that, I ended up being in the starting lineup. But I sure had to work for it."

When he did, he became one of Gastonia Post 23's North Carolina-record 13 products to play at the game's highest level.

Helms knew much of that history when he played for Gastonia Post 23 from 1991 to 1993 largely because his father J.W. was a longtime baseball fan.

But more than anything, Helms says American Legion Baseball taught him how to be a good teammate, something he says served him well in his major league baseball career

"I talk to a lot of people now in the travel ball scene and I still kind of argue with a lot of them that I think the way youth baseball is done now takes a lot away from the team-building aspects of baseball in the summer," Helms said. "And playing with and against the kids you played with like I did in Legion was special. You come together and play as a team in the summer. That's what's always stuck in my mind about Legion baseball."

Helms hit .308 and had a 1-0 pitching record in 1991 for Gastonia, which won playoff series against Newell and Monroe before losing to Pineville three games to two in the N.C. Area IV semifinals. Pineville was led by eventual Charlotte 49ers star pitcher Tim Collie, who played two seasons in the Pittsburgh Pirates organization after being a 24th-round draft pick in the 1995 draft.

In 1992, Helms played shortstop and hit .398 with a 4-1 pitching record for a team that was coached by North Carolina's eventual all-time winningest American Legion Baseball coach, Bobby Reynolds. (Reynolds, who has guided Cherryville Post 100 for 37 of his 42 years of coaching American Legion Baseball, had 811 victories after the 2019 season in addition to American Legion World Series runner-up finishes in 1998 and 2003, five state titles and 14 N.C. Area IV championships.)

During the 1992 and 1993 seasons, Helms played against two other eventual major leaguers — Kevin Millwood of Bessemer City Post 243 and Scott Stewart of Stanley Post 266 — including a memorable pitching matchup against Millwood.

In their pitching matchup on June 24, 1992, Gastonia won 6-5 as Helms was the winning pitcher.

"All I remember is the big hype that year was me and Kevin pitching against each other," said Helms. "I don't remember the whole game. But I do remember it being an intense, close game that was fun."

Helms juggled attending college baseball camps at N.C. State, Florida State and Clemson — he eventually signed at the University of North Carolina before forsaking that for a pro career — with his American Legion Baseball season that summer.

"It was tough but I didn't get overused in the summer and kept my arm strong," Helms said. "I still talk to my kids about that Hickory series. That was a really good series. (Gastonia's) Sims Legion Park was filled. There were a lot of people at those games and us and Hickory had a really good team."

The next year, Helms concluded a three-year high school baseball career for Parks at Gastonia's Ashbrook High School and didn't play American Legion Baseball as he signed with the Braves and began his professional career. The 1994 North Carolina high school player of the year, Helms hit .402 with 22 home runs and 104 RBIs and had a 27-8 record with 312 strikeouts in his career. His last pitching performance came in a 8-0 no-hit victory over Greensboro Page in the first round of the N.C. 4A playoffs.

Helms had been hired as manager of Class AAA Charlotte by the White Sox before the 2020 minor league season was cancelled by the coronavirus pandemic; Charlotte is 22 miles east of Helms' hometown of Gastonia.

"I still love Legion baseball," Helms said. "I wish it was still the way it was when I played.

"To me, that team aspect of friends playing together is what Legion baseball meant. I think that is missed in today's summer ball leagues. Basically, you can be on a team in the summer nowadays and not know even one kid on the team. In Legion ball, that just wasn't the case. You had that team bonding that you grew up with. You often knew those kids since elementary school."