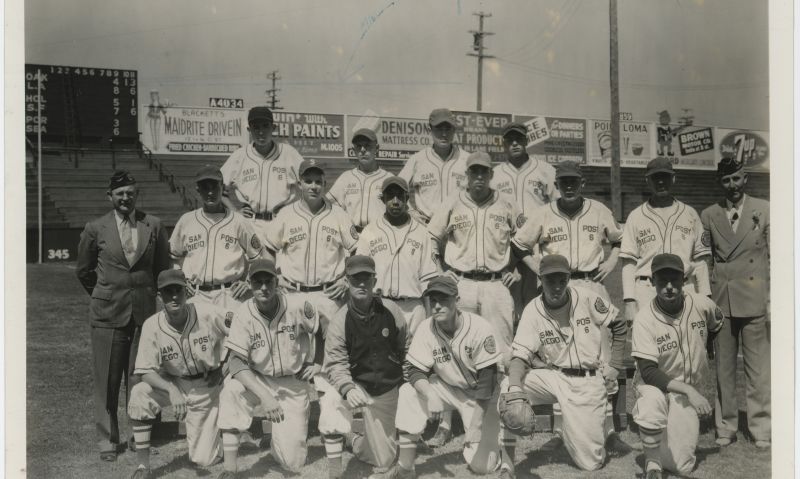 EDITOR’S NOTE: This is the fourth in a series of stories looking at the American Legion Baseball playoffs before the switch to the eight-regional format in 1960. Part 1 took a look at the first American Legion World Series in 1926. Part 2 showcased the playoff structure before 1960. And Part 3 highlighted some of the individual standout performers before 1960.

In the early days of American Legion Baseball competition, a handful of states emerged as powers in national tournament play.

None was more dominant than California, which won a staggering 49 national tournaments from 1926 to 1959. That includes eight American Legion World Series titles.

Led by early powers like Los Angeles, Oakland and San Diego, California teams won 41 regional and sectional titles during that era. California was so dominant in those early years that they advanced to every regional championship game from their first season of national competition in 1928 until 1959.

California was easily the winningest regional and sectional team with 129 victories against 32 defeats. Other dominant states in those early years were Louisiana, Massachusetts, North Carolina, Ohio, Nebraska, South Carolina and Illinois.

New Orleans led Louisiana's success as eight different posts combined to give that city 27 of the 32 Louisiana state titles from 1928 to 1959. Those teams helped Louisiana rack up 105 regional and sectional victories. New Orleans also won ALWS championships in 1932 and 1946.

South Carolina also won 20 titles, including seven straight regionals from 1952 to 1958. The state also picked up its first ALWS title in 1936 (Spartanburg).

On the other end of the spectrum, the states and/or territories of Alaska, Hawaii, Nevada, Panama, Vermont and Wyoming never won a national tournament title from 1926 to 1959.

And the hard luck award — or hard draw as the case may be — has to go to the state of Arizona. That state has the most regional runner-up finishes with 16, each of them to California.

Tennessee has the second-most regional runner-up finishes with 14.