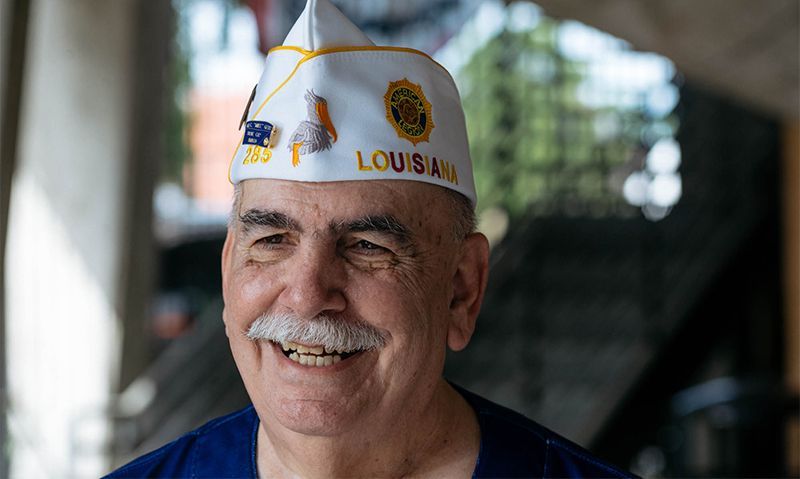 Sidney Parfait said he was humbled “just to be mentioned in the same breath” with past recipients of the Eddie Robinson Award.

“It brought tears to my eyes,” said Parfait, the director of American Legion Baseball in Louisiana.

Named for the legendary Grambling University football coach, the Eddie Robinson Award has been presented annually since 2009 by the Greater New Orleans Sports Awards Committee, sponsored by the Allstate Sugar Bowl, “to an athlete, coach, team or athletic administrator in the state of Louisiana who has demonstrated the qualities most closely associated with Coach Robinson: outstanding achievement in athletics, academics, sportsmanship, and citizenship by maximizing the use of limited resources.”

Parfait was quick to credit local high school coaches for their help.

“They’re the hidden treasure down here,” he said. “They work so hard for these kids.”

While acknowledging Louisiana’s success on the diamond, with five American Legion World Series appearances by state teams since he became state director in 2013, Parfait said American Legion Baseball isn’t just about the game.

“We turn out good citizens; that’s what this program is all about. It’s Americanism,” he said. “I can look around and see some of the young men who’ve played since I’ve been part of the program are now principals of schools, they’re teachers, they’re coaches, they’re doctors. And they have families.

“It feels good when somebody will come back and say, ‘Hey, Mr. Sidney, I just want to thank you for what you did 10 years ago when I played.’ You’re not expecting that, but it means their parents did the right job, their teachers and schools did the right job, and we did the right thing by them for them to turn out to be such good citizens.”

Parfait, who served as a sergeant in the Army during the Vietnam War, is a past commander of Post 285 in Metairie, La., and has served as Louisiana’s First District Baseball Director for 25 years. Parfait and other award recipients will be honored at the 2020-21 Greater New Orleans Sports Hall of Fame Awards Banquet on July 24.