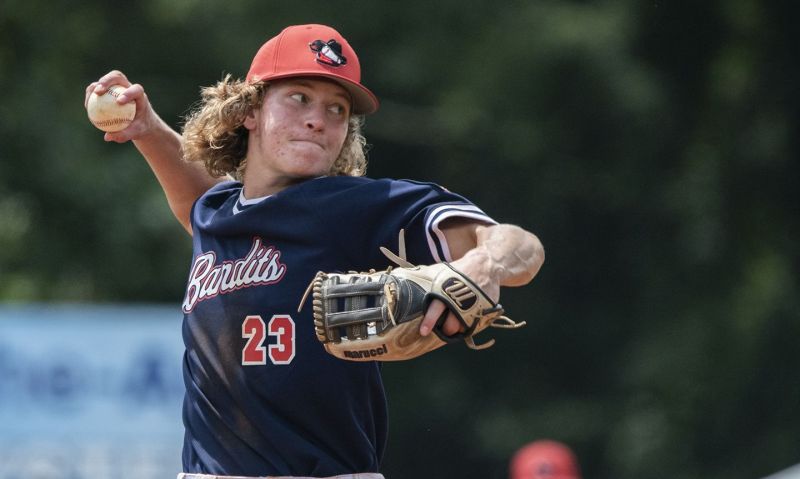 When Idaho Falls, Idaho, Post 56 won the 2019 American Legion World Series, a future national player of the year was disappointed he wasn't a member of the team.

Nate Rose played the 2019 season for Idaho Falls' Class A Tigers team after failing to make the Post 56 Bandits roster.

But Rose, who was named 2021 George W. Rulon American Legion Baseball Player of the Year, played a key role as a hitter, shortstop and pitcher in Idaho Falls winning another ALWS title at Keeter Stadium at Veterans Field in Shelby, N.C.

"I was really bummed out when they made it this far. So my only goal was to be able to get here. To win it is such a surreal feeling."

The Idaho Falls Post 56 Bandits are a Class AA team and they have a Class A team with players from the five schools in Post 56’s area.

"Nate is just a player that we've had to rely on all season," Alexander said. "He's our engine. As he goes, we go. I'm so happy for him to have this opportunity because he's such a good kid."

Rose, who will play baseball at College of Southern Idaho this year, has one year of Legion eligibility remaining as Post 56 will pursue a three-peat in 2022. As the Rulon player of the year, he'll be invited to attend the 2022 National Baseball Hall of Fame Classic game next year in Cooperstown, N.Y.

Rose said the team had a midseason meeting at practice that helped spark the team's fast finish; The Bandits went 5-0 in the Idaho state tournament, 5-0 in the Northwest regional and 4-1 in the ALWS to finish 46-10 overall.

"At the beginning of the year, I don't think anybody would've expected us to be here," Rose said. "We just weren't finding our groove. But we found it at state and kept rolling. After a practice about three-fourths of the way through the season, we just talked. After that, it just clicked for us."

Idaho Falls' 2019 ALWS title was the first by a team from Idaho. And this season, after the 2020 season was cancelled by the COVID pandemic, the back-to-back title was only the sixth all-time in ALWS history, and first since Brooklawn, N.J., did so in 2013 and 2014.

Rose also was one of four Idaho Falls players selected to the All-ALWS team; Rose was the shortstop, Mac Jephson the third baseman, Kai Howell one of three outfielders and Merit Jones one of three pitchers.