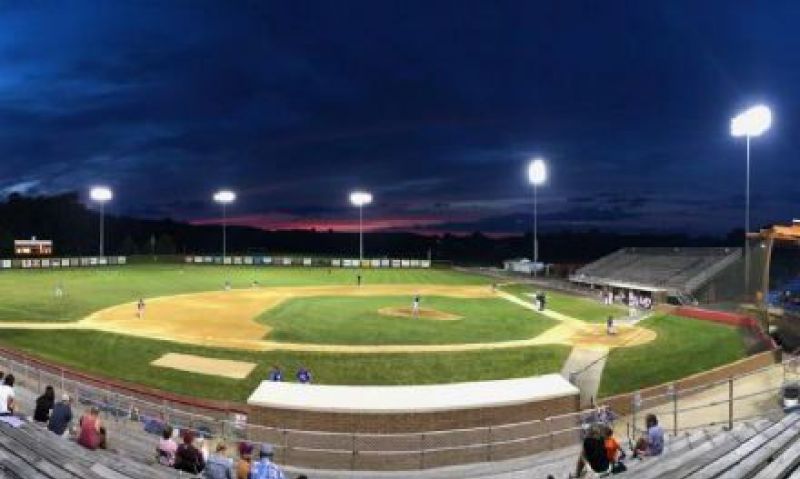 When you think of dominant American Legion Baseball programs, most started their successes soon after the program began in 1925.

Not at Boyertown, Pa.

The program nicknamed “Bears” didn’t win a state title until 1969 and didn’t make its first American Legion World Series appearance until 1977. It also became arguably the country’s most dominant American Legion Baseball program of the 1980s and has advanced to the ALWS in three different decades.

That success created a culture that new coach Justin Konnick hopes to continue.

“The town of Boyertown lives for American Legion Baseball,” said Konnick, who guided his first team to a 24-8 record in 2021. “Everybody wanted to watch the Legion Bears play. It’s just something that’s close to me and it’s such an honor to be able to come back home and coach a team that I love and that I watched as a little kid.”

Moatz agreed to walk away and make Konnick his assistant before the 2020 season was set to begin.

When the coronavirus pandemic led American Legion officials to cancel all 2020 national tournaments, it meant Moatz’s last year would come with the team playing unsanctioned baseball.

“Our organization is a little different and I want to keep it that way for the people coming behind me,” said Moatz, who has led the Bears to the ALWS three times. “I’ll agree that this wasn’t the way that I would’ve preferred going out. But at the same time, we hired Justin and gave him a year to see what was going on and see what we do and see everything that’s being done. He certainly knows a lot of that because he’s been through the program.”

Moatz remembers the first state title in 1969 and played for Ludy in the 1970s.

Moatz says there’s no one particular reason that has made Boyertown’s program so special.

“There’s a lot of things that involved,” he said. “In the early days, Dick Ludy was both the high school and the Legion coach so there was a lot of consistency there and he created our philosophies about how to run a program. We’ve always been known for the ‘small ball’ game and that’s always been a benefit.

“We’ve always had a ton of kids in our feeder programs. Our Boyertown midget baseball league has always been strong and has always had anywhere from 650 to 750 kids in the program. So it’s always been a pretty good feeder situation. And once we started having the success and the notoriety early on and once that stadium was built in 1982, that’s where everybody wanted to play.”

For the Bears, the 1982 and 1987 teams will always be remembered because they brought home ALWS titles.

The 1982 title was won in the first year of Bears Stadium and made Boyertown the first American Legion Baseball team to win the ALWS title on its home field since 1941.

The Bears’ Ivan Snyder was the American Legion Baseball Player of the Year after hitting .600 in national competition and he collected four hits in the title game. He also pitched a complete game victory earlier in the 1982 ALWS.

Other standouts for the Bears in 1982 were pitchers John Ludy (18-0 record with 180 strikeouts for the season) and Durrell Schoenly (7-0).

The title came after Boyertown had gone 0-2 in the 1977 ALWS and 3-2 with a runner-up finish to Honolulu in 1980 in its first two ALWS appearances.

“The ‘82 season was probably the Cinderella of them all,” Moatz said. “It was the first season of our new stadium, which was actually built for the World Series (Bears Stadium later hosted the ALWS in 1991 and 1994).”

The 1987 title was won in Stevens Point, Wis., as Boyertown lost its first game before winning five straight to take the title following a 12-6 victory over Vancouver, Wash.

Catcher Willie Stout was the star of the team and earned American Legion Baseball Player of the Year honors.

“For me, even as a young boy playing in the Little League program in Boyertown, my grandparents and my great grandparents and my mother brought me to see Bears Stadium and we’d sit there and watch the games,” Konnick said. “We knew we were all going to the stadium to see the Bears play.”

Konnick, who played for Boyertown in 1996-98, hopes he can give the Bears more championships during his coaching tenure.

“The dream of mine — and it started when I was 18 years old — was to come back to this program,” said Konnick, who was Penn State University Berks head baseball coach from 2012 to 2020. “I knew I wanted this job at that age. I knew I wanted the Legion coaching job in Boyertown. And I want to make all of the people that have paved the way for me to be proud of the program and what we’re doing here.”