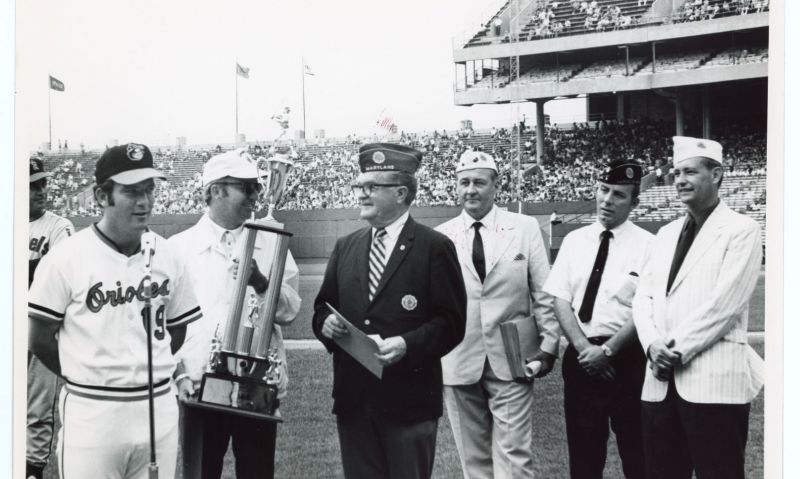 With no high school baseball in his home state, McNally’s talents in the sport were honed on American Legion fields in Montana and across the country for the Post 4 program that won 22 state titles from 1950 to 1971.

In the 1958 American Legion World Series held in Colorado Springs, Colo., Billings lost 5-2 to eventual champion Cincinnati on the tournament’s opening day, then lost 7-0 to eventual runner-up Everett, Wash., on the second day.

After failing to advance to the ALWS in 1959, McNally and three other eventual professional signees led Billings into the 1960 ALWS with high hopes.

It didn’t hurt that McNally was putting the finishing touches on one of the greatest pitching seasons in American Legion Baseball history.

Roniger threw a six-hitter with eight strikeouts in the title game that was broken open by a seven-run New Orleans sixth inning.

Shortly after that ALWS, McNally signed for a reported $100,000 with the Baltimore Orioles after also considering an offer from the Los Angeles Dodgers.

He gave a hint of the standout career that lay ahead as he pitched a two-hit shutout with 17 strikeouts in a 3-0 win over the Kansas City Athletics in his debut.

He would go on to pitch in the majors for 14 seasons — 13 for Baltimore and one for Montreal — and compiled a 184-119 record with a 3.24 ERA in 424 games (396 starts). He was a four-time American League All-Star, runner-up for the 1970 American League Cy Young Award, member of four American League championship teams and two-time World Series champion.

During the 1970 World Series, which the Orioles won 4-1 over the Cincinnati Reds, McNally scattered nine hits while striking out five in a 9-3 win that’s best remembered for McNally’s sixth-inning grand slam home run. McNally is the only pitcher to ever hit a grand slam in a World Series game.

McNally was named American Legion Baseball Graduate of the Year in 1970.

In 1971, McNally was part of a historic pitching staff as he, Jim Palmer, Mike Cuellar and Pat Dobson became the first foursome to win 20 or more games on the same team since the 1920 Chicago White Sox.

“I think the proudest thing I have left from those days is the respect of my teammates,” McNally once said. “They knew when I went out there, they got everything. I didn’t leave anything on the bench.

“That doesn’t mean I didn’t have some bad games, because I sure did. I think when that happened, they knew it wasn’t from a lack of effort or a lack of preparation. They got everything I had to give.”

But McNally’s biggest impact on professional baseball came off the field as he and Andy Messersmith in 1974 won a grievance against baseball’s reserve clause that paved the way for free agency in the sport.

In 2000, he was voted Montana’s athlete of the century by the Billings Gazette and Sports Illustrated. McNally died at 60 in 2002 after battling prostate and lung career for five years.

“He was just a great athlete,” Cochran told the Billings Gazette in 2002. “He was a solid guy, a good leader, just outstanding.”

“He’s probably one of the greatest athletes in Montana, but was one of the most unassuming people for as great as he was,” Fry told the Billings Gazette. “You actually had to pull it out of him. He never wore it on his sleeve. He’d let his actions speak rather than his mouth.”