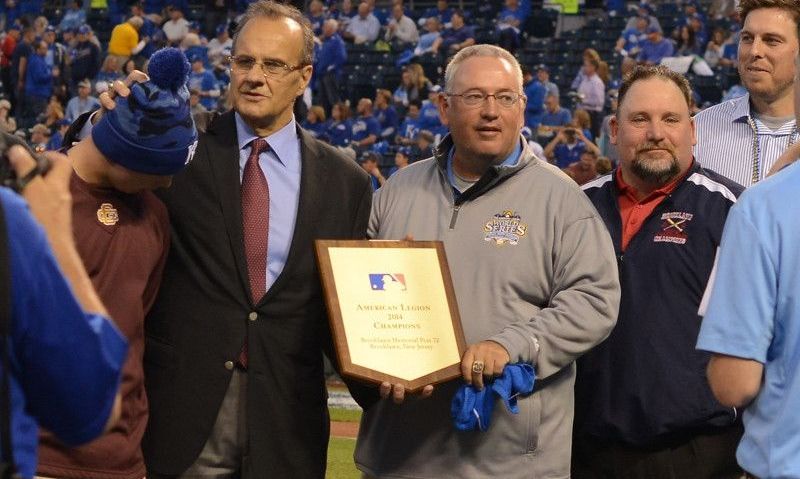 And he says the best place for the event is where it’s been since 2011.

“Shelby’s awesome,” said Barth, who brought five straight teams to Shelby from 2011 to 2015 and won ALWS titles in 2013 and 2014. “It’s the best place for the World Series. I’ve been to a lot of World Series and there’s no place like Shelby. The fans are great, the people are into it and we are always treated great.”

Barth’s start in life is actually tied to the ALWS.

His father, Joe Barth Sr., missed his birth on Aug. 25, 1961, because he was coaching Brooklawn to a fourth-place finish in that year’s ALWS in Hastings, Neb.

Post 72 won the 1979 New Jersey state title when Barth was a player before going 0-2 in the Mid-Atlantic Regional played that year in Reading, Pa.

“I probably had the longest (American) Legion (Baseball) career of anybody in America because I was on the Legion roster from the time I was born until I was 18,” Dennis Barth said. “My father got to get my air flight and all of my travel paid for. One year we got to the regionals and the Legionnaire who was running the regional at the time called the national baseball commander at the time, George Rulon, and he goes, ‘There’s a kid on the roster that’s only 5 years old. Is that legal?’ And the guy goes, ‘That’s Joe Barth’s kid.’”

Joe Barth started the program in 1952, beginning a program that would win a New Jersey-record 30 state titles, 16 ALWS appearances and four ALWS titles. Joe Barth Jr. and Dennis Barth have succeeded their father as Brooklawn’s head coach after serving as Post 72 assistant coaches.

“I’ve been to the American Legion World Series at least 25 times,” Dennis Barth said. “Even if we didn’t make it, going to the ALWS was kind of our vacation. And I love what’s been done in Shelby. They’ve made it a really big event.”