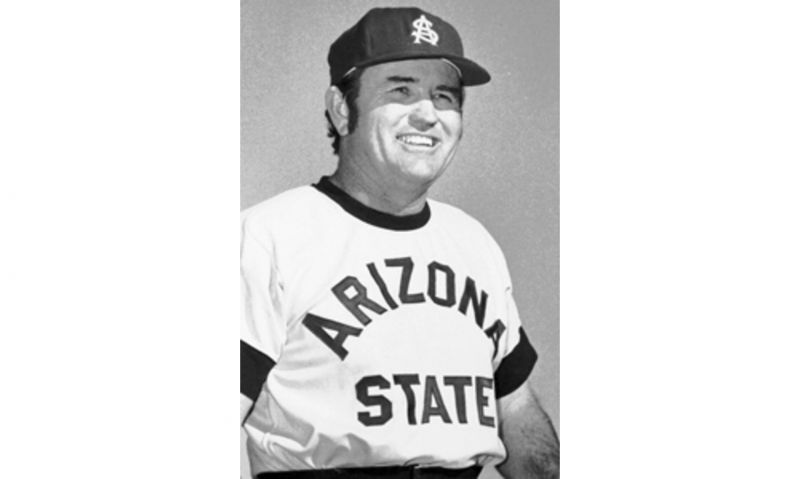 That came in 1961 when the team sponsored by Kerr Sporting Goods overcame early losses in the Arizona state tournament and the ALWS sandwiched around an unbeaten run to the Western Regional title to finish 39-3 overall and claim its historic title.

At the time, Brock had just turned 25, had been coaching American Legion Baseball for eight years and was three years away from beginning a college head coaching career that would eventually result in 1,262 victories, four national championships and a 2007 induction into the College Baseball Hall of Fame.

During the 1961 season, Phoenix was fortunate to advance into national American Legion Baseball tournament competition.

After a 6-5 win in the opening round of the double-elimination Arizona state tournament, Tucson beat Phoenix 6-0. It was the second loss Post 1 had suffered against Tucson during the season and left Phoenix facing a daunting task over the next two days.

Post 1 was up to the challenge as it would win three straight one-run games including two straight against Tucson to claim Arizona’s berth in the national tournament. After a 5-4 victory over Chandler, Phoenix beat Tucson twice — 5-4 in 13 innings and 8-7.

In the winner-take-all finale, Dan Swingle made his fourth pitching appearance of the event and he threw 5 1-3 innings of relief for the victory that earned him tournament MVP honors. Gary Wolf, Larry Martin, Dan Swingle and Sorenson were Phoenix’s offensive standouts.

The Western Regional was a much easier task as Post 1 rolled to four straight victories at Bend, Ore., capped by a 4-2 victory over Hawthorne, Nev., in the finals. Joe Swingle hit .500 in the regional and Bucky Staley threw a 5-hitter with 11 strikeouts in the title game.

The ALWS presented a chance at redemption for Brock and six of his players — Wolf, Martin, Sorenson, Bob Conner, Jim Myers and Rich Chiate — as Phoenix had gone 0-2 to finish fourth in a four-team ALWS in 1959.

But just as Phoenix had done in its state tournament, the team showed its championship resolve.

Three years later, Brock would begin an eight-year head coaching career at Mesa that was capped by 1970 and 1971 NJCAA championships.

Then, when Bobby Winkles left the Arizona State coaching job to become a major league assistant coach, Brock began what would become one of the winningest college baseball coaching tenures in history. He guided the Sun Devils to a 1099-441-1 record from 1972 to 1994 with 1977 and 1981 College World Series titles and 13 CWS appearances.

Brock’s last game as head coach came just days before he died of liver and colon cancer on June 12, 1994.