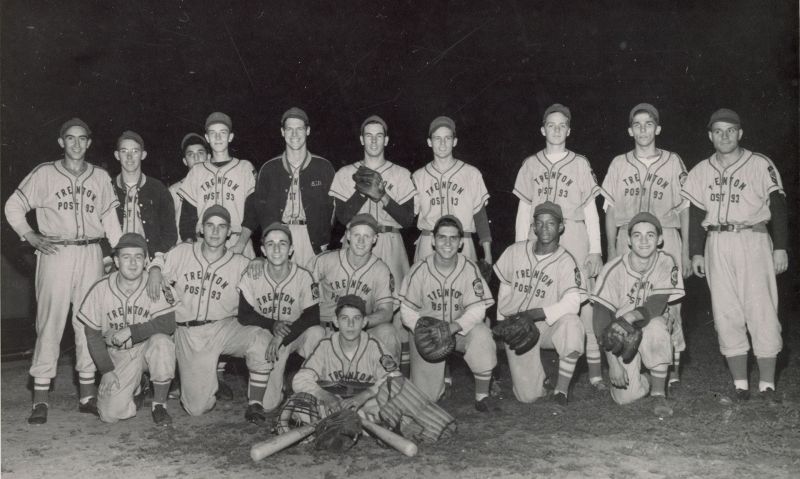 Since thousands of American Legion Baseball teams pursue a championship every season, it’s hard to feel too bad for a team that finished as runner-up three times before it claimed its first championship.

But it’s hard to imagine anyone enduring more on-field heartbreak than Trenton, N.J., Post 93 before its historic title.

In 1933, Chicago Post 467 wrapped up a best-of-three sweep of Post 93 in the American Legion World Series with a walkoff win in the clincher.

In 1945, Shelby, N.C., rallied from a 2-0 deficit in the seventh and eighth innings to beat Trenton 4-2 in the championship game.

And in 1946, Trenton was the last unbeaten team in the four-team double-elimination event before losing back-to-back games to New Orleans to finish as ALWS runner-up for a third time.

And the win had to be a relief for coach Carl “Kelly" Palumbo, who was a starting catcher on a 1932 team that lost in the sectional quarterfinal in Gastonia, N.C.

Florida’s Bessent, who pitched four seasons for the Brooklyn Dodgers and was a member of the Dodgers’ 1955 World Series championship team, finished the 1948 American Legion Baseball season with a 21-3 pitching record.

After winning its 14th New Jersey title in 23 years, Trenton survived early losses in regional and sectional competition to advance to the ALWS.

Minnick, who played collegiately at Duke University, would spend nine years in professional baseball in the Cleveland Indians and Washington Senators organizations and made two major league appearances for the Senators in 1957.

Greener broke up a no-hitter in the 10th inning and scored the lone run in the 1-0 regional championship game.

Once in the ALWS for the third time in four years and fourth time in 11 years, Post 93 swept past Omaha, Neb., 4-3; Belleville, Ill., 2-0; and Jacksonville for the first title in New Jersey history.

In the ALWS opener, Minnick’s 28-inning scoreless streak came to an end in the seventh inning of the victory over Omaha.

Then Pete Millington threw a three-hitter with five strikeouts to shut out Belleville before Minnick’s six-hitter provided the title as Greener had a team-high three hits.

Trenton would go to win eight more state titles after the 1948 championship but never reached another ALWS. The best Post 93 finish came in 1952 when Trenton won a regional title before finishing as sectional runner-up to Milford, Mass.