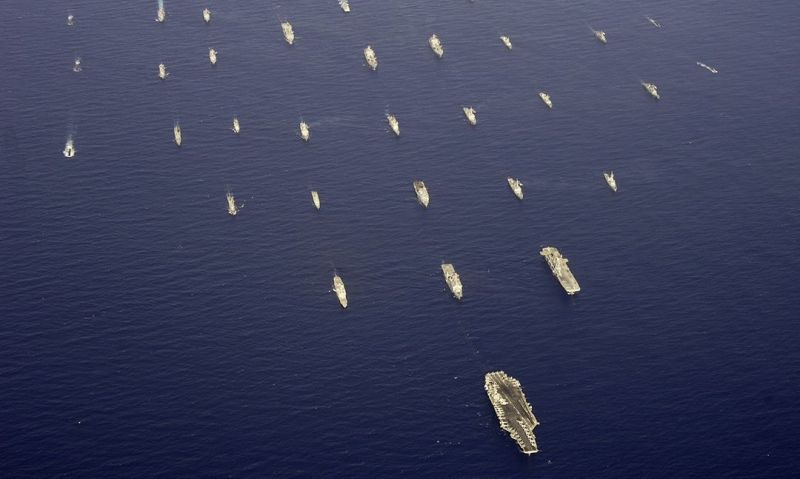 The Department of Justice, in a filing with the Supreme Court June 4, said they would not appeal against the federal court ruling extending disability benefits for Agent Orange exposure to Blue Water Navy veterans. The Procopio v. Wilkie decision was a major victory for Blue Water Navy veterans in their long fight for VA benefits to treat illnesses linked to exposure to Agent Orange during the Vietnam War.

The U.S. Court of Appeals for the Federal Circuit in January ruled in favor of Alfred Procopio Jr., who served aboard the USS Intrepid during the war. Procopio, 73, suffers from diabetes and prostate cancer, both of which are linked to Agent Orange exposure.

“Mr. Procopio is entitled to a presumption of service connection for his prostate cancer and diabetes mellitus. Accordingly, we reverse," read the ruling by the U.S. Court of Appeals for the Federal Circuit Court.

“We find no merit in the government’s arguments to the contrary,” added Judge Kimberly A. Moore, who wrote on behalf of the majority.

“The Procopio decision finally — after nearly 50 years — gives these Navy veterans what they rightfully deserve,” said Ralph Bozella, chairman of The American Legion's National Veteran Affairs and Rehabilitation Commission. “The Department of Justice is doing the just thing for these veterans and offering closure in their long fight for the benefits they earned.”

One of the Department of Veterans Affairs concerns about awarding benefits to Blue Water Navy veterans was due to cost. The Congressional Budget Office estimates that awarding disability benefits these veterans could total approximately $1.1 billion over 10 years, but VA officials estimate the cost could be closer to $5.5 billion.

“The cost of caring for veterans after a wartime experience should never be a deterrent to what a veteran earns in benefits,” Bozella said. “It is long past time for this to be taking place.”

American Legion National Commander Brett Reistad, at the time of the January verdict, called the ruling in favor of Procopio Jr., “a step in the right direction” for some 90,000 veterans who served offshore and may be suffering from conditions related to exposure to Agent Orange. VA recognizes 14 adverse conditions as presumptively linked to exposure to the chemical herbicide used to defoliate jungle vegetation that provided the enemy cover during the war.

Veterans who served in Vietnam between 1962 and 1975 are presumed to have been exposed to Agent Orange if diagnosed with a medical condition associated with the herbicide, according to the Agent Orange Act of 1991. Presumptive diseases of exposure to the herbicide include certain cancers, Parkinson’s disease and diabetes. This act applied only to veterans who served on land and in Vietnam’s inland waterways, excluding those who served on ships off the coast of Vietnam. The Procopio decision extends these benefits to any military personnel who served on any vessel during the Vietnam War that came within 12 nautical miles of the coastlines of Vietnam.

H.R. 299, The Blue Water Navy Vietnam Veterans Act of 2019, remains active in Congress, having passed unanimously out of the House of Representatives with a vote of 410-0. The May 14 vote marked the second time the legislation passed unanimously through the House. The effort previously failed to pass by unanimous consent in the Senate during the 115th Congress.

H.R. 299 further expands coverage and includes provisions not covered by the Procopio decision, including that every veteran exposed to herbicides like Agent Orange should receive the same presumptive benefits. A provision in H.R. 299 states that “A veteran who, during active military, naval, or air service, served offshore of the Republic of Vietnam during the period beginning on January 9, 1962, and ending on May 7, 1975,” be eligible for disability compensation for presumptive conditions of herbicide exposure. This will allow veterans who fall into that category and whose claims have been denied or held in pending status to gain access to VA medical care for conditions on the presumptive list.

“The American Legion will continue to support this legislation, to include common sense amendments, that will provide the broadest definition of service in the Vietnam War,” American Legion Director of Veterans Affairs and Rehabilitation Chanin Nuntavong said in a press conference ahead of the May vote. “We hold this firm position because both the law, Procopio, and the science, are on the side of presuming Agent Orange exposure for military personnel who served in the waters surrounding Vietnam.”