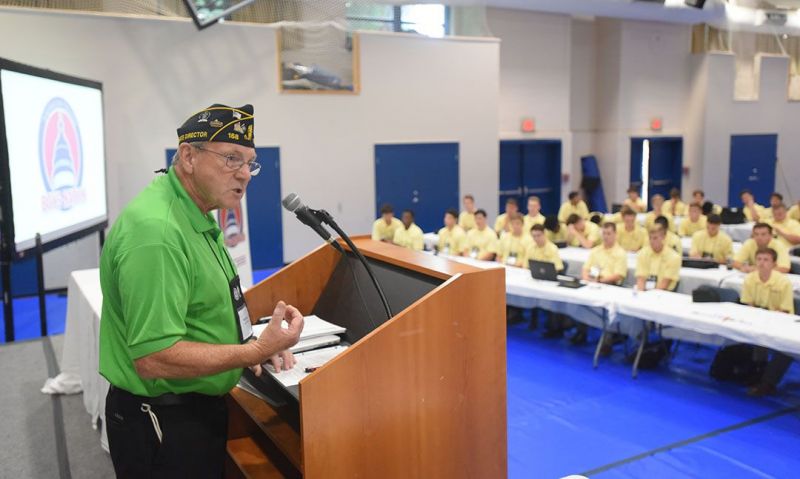 The final rap of the gavel signals the conclusion of the 2018 American Legion Boys Nation week at Marymount University in Arlington, Va., on Friday, July 27, 2018. Photo by Lucas Carter/The American Legion.

The 73rd session of American Legion Boys Nation begins Friday as 100 rising high school seniors arrive in Washington, D.C., to represent their respective states in one of the Legion’s premier youth programs.

The delegates represent 49 states and the District of Columbia. Hawaii is the only state that does not have a current Boys State program, although the state does have a Girls State program sponsored by the American Legion Auxiliary.

The delegates will be assigned to either the Federalist or Nationalist party upon their arrival at Marymount University in Arlington, Va. Over the course of the next week, the young men will conduct party conventions and senate sessions, elect a president and vice president, introduce and vote on bills submitted by their peers, and hear from guest speakers. Activities off campus include a tour of the National Mall, meetings with elected officials from their respective states alongside delegates from American Legion Auxiliary Girls Nation, and dinner at Greenbelt Post 136 in Maryland with special guest American Legion National Commander Brett Reistad.

View the 2019 Boys Nation agenda here, which is subject to change. And follow the young men throughout the week on www.legion.org/boysnation, which will feature stories, videos and photos highlighting the program, as well as on social media using the hashtag #BoysNation2019.