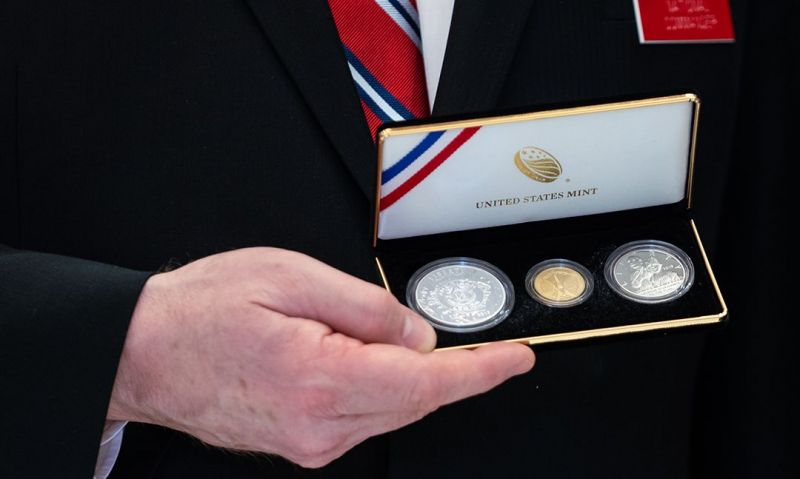 The coins pay tribute to the nation’s largest veterans service organization and its impact on communities across the country.

“As we reflect on our legacy of support in patriotic communities everywhere, these coins are lasting and timeless expressions of the service and values The American Legion holds dear," American Legion National Commander Brett Reistad said.

Proceeds from each sale will contribute to The American Legion’s legacy of supporting veterans, servicemembers, their families and their communities throughout our nation. The funding will support programs that aid veterans in need, mentor children and so much more.

“I am proud that any surcharges received from sales of American Legion commemorative coins will help us continue to fulfill our mission,” Reistad said. “Whether it is delivering hope in a time of need, advocating for veterans’ benefits, giving college scholarships to our nation's youth or providing much-needed assistance to veterans, servicemembers and their families, The American Legion will be there.”

The American Legion 100th Anniversary Commemorative Coin Act set a record for coin bills in Congress, with 385 House members and 75 senators signing on as co-sponsors. The legislation directs the Secretary of the Treasury to mint and issue $5 gold, silver dollar and clad half-dollar coins in celebration of the 100th anniversary of The American Legion. This numismatic program is self-sustaining and operates at no cost to taxpayers.

Introductory prices are in effect until 3 p.m. Eastern April 15. Afterward, regular pricing will take effect. Orders for the $5 gold coins will be limited to one per household for the first 24 hours of sales. There is also a Three-Coin Proof Set, which is limited to 7,500 units and also has a household order limit of one.