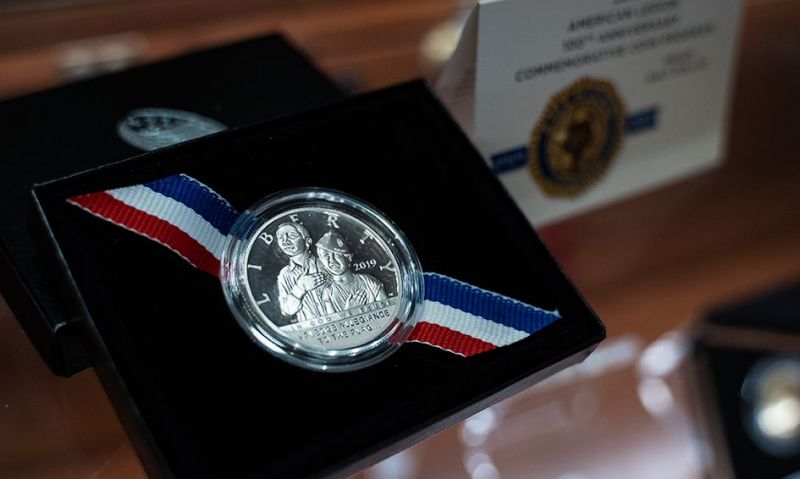 • Since the American Legion’s 100th Anniversary Commemorative Coin series went on sale March 14, more than 100,000 have been sold according to unaudited numbers from the U.S. Mint.

• Less than 525 of the Three-Coin Proof sets remain.

• To produce the silver dollar, each pure silver blank coin is struck three times by the Mint’s coinage dies, with a pressure of roughly 190 tons per strike.

• The U.S. Mint will have a presence in the Exhibit Hall of the 101st National Convention in Indianapolis where attendees can purchase American Legion commemorative coins.

• To make a purchase or for more information about the centennial coins, go to www.legion.org/coin or call 800-872-6468.

• After Dec. 31, the U.S. Mint will no longer sell these limited-edition collector’s items.