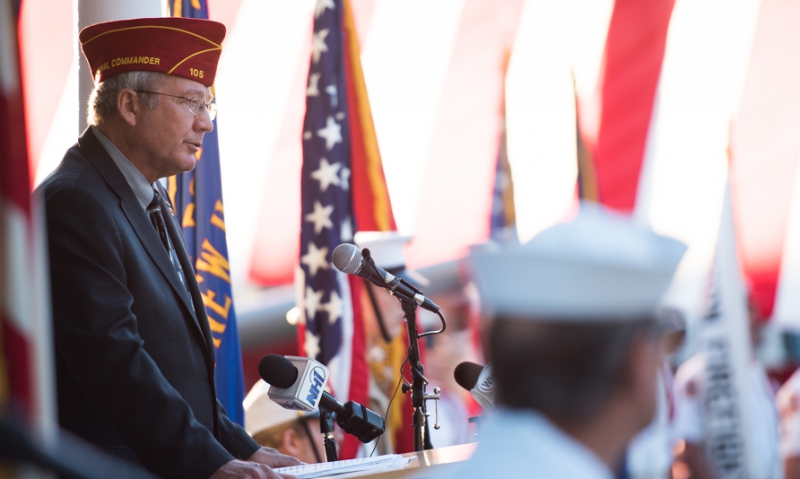 While we can all rejoice this Veterans Day that the steady flow of U.S. casualties in Iraq and Afghanistan has slowed, we must never forget the incredible sacrifice that America’s defenders continue to make on our behalf.

Such is the case of Master Sgt. Joshua Wheeler who died leading a Delta Force rescue mission of ISIS hostages held in Iraq on Oct. 22. A veteran of 14 combat deployments, his sacrifice is shared by four boys who are now fatherless and a wife who became a widow far too early. But another important part of his legacy are the 70 hostages who were spared brutal executions by an enemy that is as ruthless as any that America has faced.

The willingness to face pain and death so others can be spared isn’t unique to just the fallen. Consider the case of two American veterans and their longtime friend when they bravely stopped a terrorist attack aboard a train bound for Paris this summer. Airman 1st Class Spencer Stone, Army Spc. Alek Skarlatos and Anthony Salder could have run from the danger when a heavily armed gunman boarded the train. Instead, Skarlatos said, “Let’s go,” as the men ran toward a future that could have easily meant instant death or maiming for them and all of the other innocent people within range.

Fortunately, this story is remembered not for the horrific tragedy that nearly happened but for the heroism that did. Even after enduring serious stab wounds that were inflicted as he disarmed the gunman, Stone administered life-saving first aid to a passenger that was shot.

The terrorist was carrying 270 rounds of ammunition. But because of the actions of these three young Americans and two Europeans who assisted them, the death toll aboard the train was zero.

There is also the incredible story of Chris Mintz. As others were understandably fleeing from a mass shooting at Oregon’s Umpqua Community College on Oct. 1, the 30-year-old former Army infantryman bravely confronted the gunman at a classroom door as he attempted to save others who were inside. Mintz survived the attack and continues to recover after being shot five times.

These stories are inspiring, but certainly not surprising to me. As national commander of The American Legion, I meet veterans all of the time who have demonstrated tremendous heroism yet blend in our communities without fanfare.

There are many ways to thank the men and women who have served in our armed forces, but I cannot think of a better method of showing gratitude than to hire one. Employers who make this smart decision will usually benefit from the discipline, skills and loyalty that are found abundantly in today’s military.

Isn’t it likely that people who have survived firefights in Afghanistan can handle whatever tasks are thrown their way at the office without too much stress?

My old classmate, C. Hughes Clark, summed up the humble nature of most veterans. “I can say without regret that I wouldn’t have done anything different through it all, simply because it has given me a sense of accomplishment that I couldn’t have accomplished any other way.”