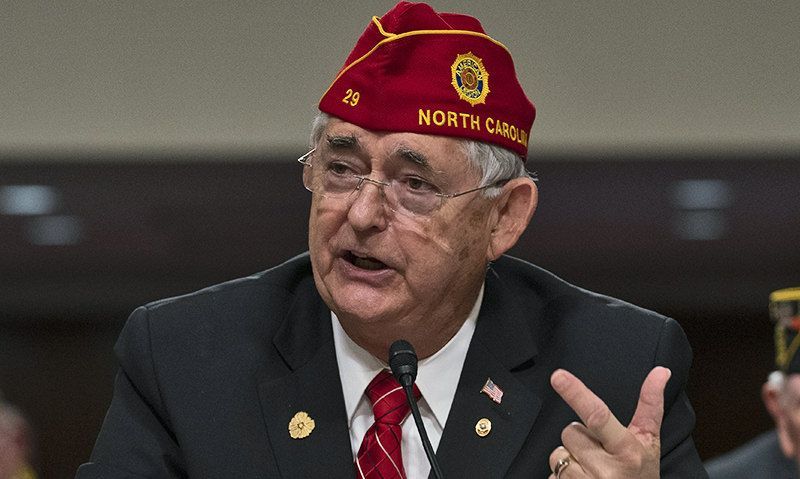 “The American Legion stands on principles and serves purposes worldwide that are violated when justice, freedom and democracy are not applied equally, regardless of race, color, creed or class. These principles formed the foundation of the organization over a century ago, in a very different and deeply divided time in U.S. society. As our nation grieves and tries to reconcile the unconscionable deaths of African-American citizens George Floyd, Breonna Taylor, Ahmaud Arbery, retired St. Louis Police Capt. David Dorn, Federal Protective Services Officer Patrick Underwood in Oakland, Calif., and others, The American Legion stands firm in a value it has upheld, in the form of a national resolution, first adopted 1923:

WHEREAS, The fundamental law of our country guarantees to all peoples equal rights and equal opportunities and the right to worship their God as they see fit; and...

WHEREAS, Membership of The American Legion is made up of those who served our country in a time of great national stress, without distinction as to race, color, creed or class; and...

RESOLVED, ...That we consider any individual, group of individuals, or organizations, which creates, or fosters racial, religious or class strife among our people, or which takes into their own hands the enforcement of law, determination of guilt, or infliction of punishment, to be un-American, a menace to our liberties, and destructive to our fundamental law; and be it finally

RESOLVED, That we consider such actions by any individual, groups, or organizations, to be inconsistent with the ideals and purposes of The American Legion.

“This resolution’s place in The American Legion’s conscience is so timeless it was reaffirmed, in full, at the organization’s 99th National Convention in 2017.

“Throughout its history, The American Legion has fought to improve racial equality not only for veterans, but for the communities they serve. In 1919, African-American veterans of World War I were among the organization’s founders who adopted a mission statement – the Preamble to The American Legion Constitution – that pledges among other things ‘to maintain law and order,’ ‘promote peace and goodwill on earth’ and ‘safeguard and transmit to posterity the principles of justice, freedom and democracy.’

“Where the law has been broken, justice must be served. Where freedom has been denied, it must be returned, without prejudice. Our nation has much to consider as we continue to strive toward a shared goal found in the Pledge of Allegiance to our flag: ‘with liberty and justice for all.’ All means all. Anything less than complete equality in the execution of these values today is as un-American now as it was in 1923."