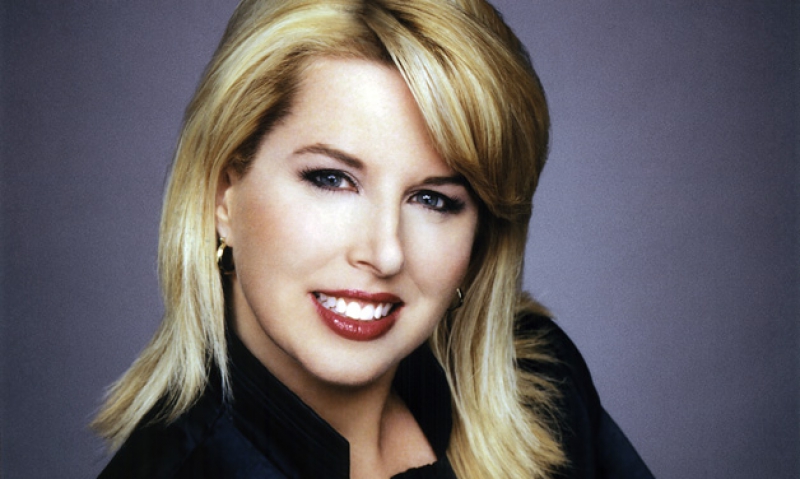 Rita Cosby, Emmy-winning TV host of Fox News Channel and CBS, radio host, and best-selling author, will serve as master of ceremonies during the opening of The American Legion’s 95th National Convention in Houston. Cosby’s best-selling book, "Quiet Hero: Secrets From My Father’s Past," details her discoveries about her father’s history as a World War II resistance fighter and POW.

She recently spoke with The American Legion about her father.

Q: Can you share a little about your father’s story?

A: My father literally saw the Nazi planes hovering above Warsaw, and he was 13 when the Nazis invaded. What I think is so amazing about my father’s story is that he decided to stay and fight, to make that conscious decision as a teenager that his country and freedom were worth fighting for. I just think that’s really deeply inspiring.

So he stayed and fought. He was front-line fighting for about five years, which is pretty incredible because he was right in the heart of it all, when they were fighting in downtown Warsaw. The fact that he survived is really remarkable because Warsaw was like 87-percent leveled when my father left. Then he was captured and thrown at the butt of a gun and taken to Stalag IV-B in Muhlberg, Germany. He was there about six months and then he escaped. One of the guys had smuggled in a radio, and they got word that the Russians were probably going to make it to the camp before the Americans. So they knew they had to escape because they knew the Russians would not treat Polish resistance fighters kindly.

My father and about 60 guys made it through the woods. Then a plane came by – they were on a dusty road and dove for the ditches. It came by again; they looked up and saw a star. And something was thrown out. At first they thought it was a grenade, but then realized it was a chocolate bar with a note wrapped around it and tied with red ribbon. The note said, 'Welcome. It’s safe to walk now during daytime. There are no troops between you and our American lines. You have 15 miles to walk, and you’re free.' My dad and his very skeletal POW colleagues ran to American lines. They were dancing and hugging each other when they got there. They ran to a riverbed and came upon GIs who hugged them and said, ‘Your nightmare’s over. You’re free.’

Q: Does your work with PTSD stem from your father’s experience?

A: Yes, very much. Also, I’ve always had a deep affection and tremendous appreciation for the U.S. military. I’ve seen them in action in so many parts of the world – domestically I’ve spent time with them, and a lot of time overseas. So I have just seen how top-notch and truly courageous they are. And certainly, seeing the effects of war on our soldiers even prior to learning about my father. But certainly his case has exemplified it. He was so traumatized, he never shared it with anyone. He literally made a pact with the other POWs when they were rescued that they would never talk about the past – that from then on, they would only talk about the future because they lost so many men in battle and went through such a very difficult ordeal. Then he lost his country, too, because the communists took over.

Q: When Poland was free, how did your father react?

A: He told me that he had tears in his eyes when he saw that Poland was free. Literally, the fall of communism started in Poland. I just came back from Warsaw where I attended a Freedom of Speech Awards gala at the Royal Castle. I literally spoke in one of the same buildings my father fought against the Nazis in. The significance and poignancy of the moment was truly overwhelming for me.

Q: Why did you accept the invitation to appear at the national convention?

A: I knew already the incredible work that the Legion has done not just in local communities, but on a national level, and as someone who, the rest of my life, will fight for veterans and our active-duty military in any way I can. This is something that I believe is the most important issue and cause in my life, as the daughter of a prisoner of war who was saved by American troops. I feel that I can hopefully give some great insight as to how heroic our American troops are, and not just that they protect America, but that they really protect the world and save the world, especially in my father’s case. Our troops who do that time and time again, and people who have been in battle like my father, there are so many issues after they come back, and we have to make sure we never forget them.

I really see The American Legion as being at the forefront of helping veterans at every level. It’s truly exemplary, what they’re doing to raise awareness of the issues surrounding veterans and those protecting our country still. I think it’s deeply inspiring, and I’m so honored to be a part of this – most importantly, to look everyone in the eye and say, ‘Thank you.’

Learn more about Richard Cosby’s story – and Rita’s – at http://quiethero.org/.