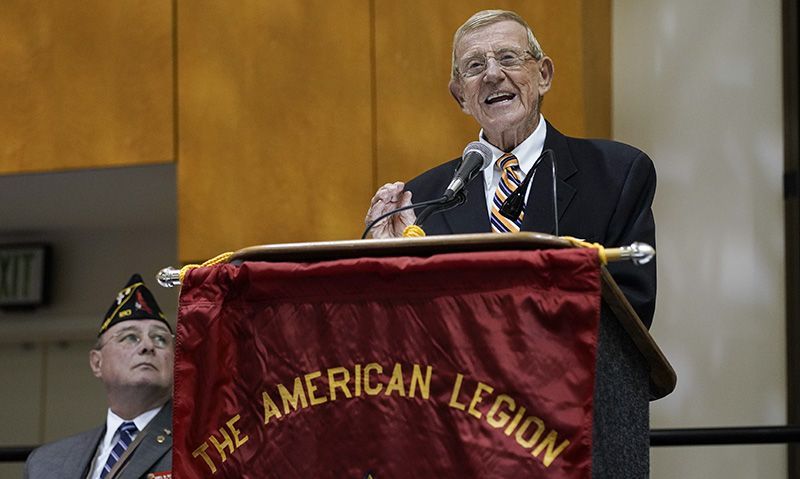 “I used to say to my football teams, ‘if you didn’t show up, who would miss you and why? If you didn’t go home, would anybody miss you and why? And, if you didn’t go to work, would anybody miss you and why?'” Holtz said during his acceptance remarks. “You think of all that people would have missed had The American Legion not showed up for the past 100 years. All the 22 different worthwhile programs that you have. American Legion Baseball which crowned a new champion on ESPN. You think about Boys State. Think about the Boy Scouts. I congratulate you on your tremendous accomplishment and I come to you very humbly because I appreciate the sacrifices that you have made.”

Holtz, an Army veteran, is a new member of The American Legion Department of Indiana. In recent years, he has visited U.S. military troops in Iraq, Afghanistan, Korea and other locations.

The PDCC donated $2,000 to Lou’s Lads, a nonprofit foundation that dedicates itself to Holtz’s legacy by providing financial and educational assistance to underprivileged students. Not to be outdone, Holtz donated $5,000 to The American Legion.