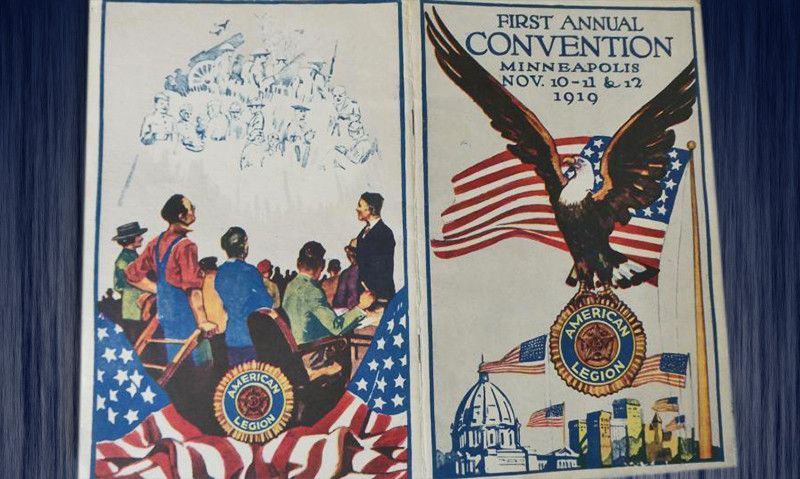 A booklet from the 1st American Legion National Convention. (Photo via Bob Lessard)

As historian for Simeon L. Nickerson Post 64 of Middleboro, Mass., I recently received a box of historical documents from the family of World War I Army Capt. Fletcher Clark Jr., founder of the post.

Amongst the items were letters sent by Capt. Clark regarding the formation of the Middleboro post. The first meeting saw 80 World War I veterans attending on June 3, 1919. The second meeting of Post 64 on July 14, 1919, voted to name the post after Army Sgt. Simeon L. Nickerson, a Middleboro man who was killed in action in a heroic feat with two others that reportedly saved their unit.

Capt. Clark was elected as the first commander of Post 64. During Middleboro's 250th anniversary parade he was named grand marshal, which he led by foot, a feat he accomplished for the next 66 years wearing his Legion uniform. During his life he was an attorney and even established records in that position: for instance, he and his secretary worked together for over 60 years! He was honored by the town for his 52 years as elected moderator.

See the full article, with photos, on Legiontown.

About the author: I am a historian, commander and honor guard member of Post 64, and an Air Force veteran who not only served but also takes the time to honor and remember others for their service.