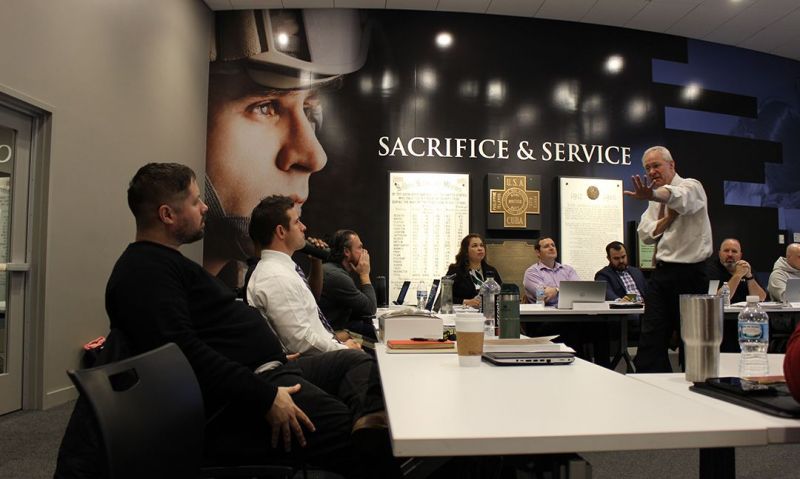 The first class has graduated from a program in Ohio aimed at helping veterans transition from military service to civilian life while earning credit toward a graduate degree.

The certificate in public and nonprofit leadership for veterans through Ohio State University’s John Glenn College of Public Affairs launched in February in partnership with the National Veterans Memorial and Museum, with funding from Battelle and the Columbus Downtown Development Corporation.

When he was being interviewed to be the museum’s first president and CEO in 2018, Lt. Gen. Mike Ferriter said he wanted the museum to reach out to the veteran community beyond Columbus, Ohio — and programs like this make it possible.

The museum is working on a virtual tour and an online store which will be available soon at https://nationalvmm.org/. And now the museum’s partnership with Ohio State will help bring education resources to veterans nationwide.

Participants in the 12-session, five-month program earn six credit hours that are transferable to any of the graduate degrees at the Glenn College. The pilot program met at the National Veterans Memorial and Museum before transitioning to online course delivery. The certificate consists of two courses worth three credit hours each; the first course covers leadership in public and nonprofit organizations while the second addresses leadership development application.

“As with all the Glenn College’s professional development programs, the emphasis is on experiential knowledge. This means the experience of veterans in leadership positions is actively used to help illustrate the general principles of organization and management,” Jos C.N. Raadschelders, faculty director of professional development and training programs at Glenn College, said in a press release.

“Many of our veterans leave service, they join a company, they really take off like a rocket ship doing great stuff, and then when it’s time to get promoted, they get asked, ‘Why haven’t you done self-development for the last number of years?’ And most of them say, ‘Well, I was in a combat zone. There’s no night school, there’s only night patrols,’” Ferriter said.

The inaugural class consisted of 16 graduates. Ferriter hopes for more students for the fall session, which will be offered entirely online to allow veterans across the country to participate.

“We want to grow it even further, do it virtually and online, so we can get veterans from coast to coast and north to south,” he said.

Registration information and more details can be found at http://glenn.osu.edu/veterans.

The American Legion's National Executive Committee passed Resolution No. 88 in 2017 supporting the construction of the National Veterans Memorial and Museum, which opened in October 2018.