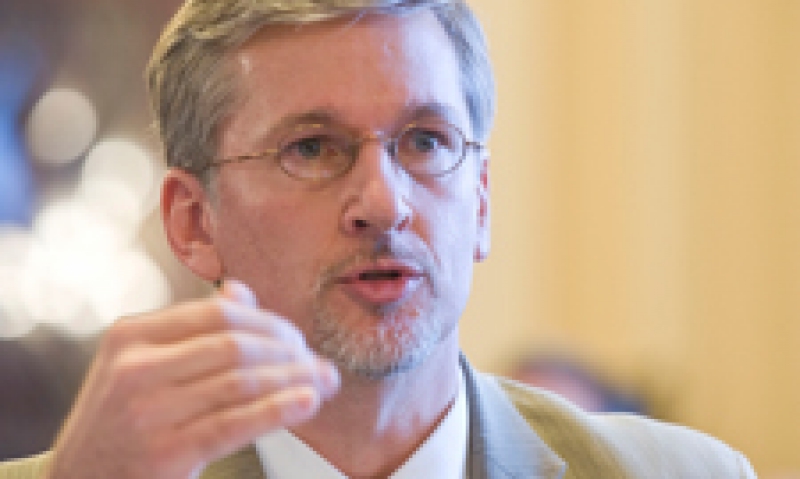 Keith Wilson, director of education service for the Department of Veterans Affairs.

A long-awaited, brand-new set of veterans education benefits kicks in this month. The Post-9/11 GI Bill is designed to better meet the needs of today's veterans and their families. Keith Wilson, director of education service for the Department of Veterans Affairs, is ushering in a new era in veterans education. In one year, he has guided the transition toward an Aug. 1 launch, an effort that has been an education unto itself - for veterans, campus coordinators, schools and VA alike. Wilson recently spoke with The American Legion about the challenge.

Q: In general, how has the nation's academic community responded to the Post-9/11 GI Bill?A: There's been a phenomenal amount of interest. There was a growing sense, prior to this bill, of the need to reach out to veterans and ensure they were feeling like they were wanted on campus. Academia's aware of that, and (this legislation) is certainly a tool they will use to make sure veterans are aware that they are welcome.

Q: A lot of attention has been given to how the new GI Bill covers tuition and fees. How does the payment mechanism work?A: What this legislation allows VA to do is to pay up to the highest in-state, undergraduate, public tuition within each of the states. The way states and schools charge tuition varies widely, both in terms of how they charge it and what they charge. There are literally thousands of different combinations. And VA has established, by law, the maximum of those amounts that are charged at public institutions.

Q: Is there any potential for abuse in this system? Could a school with a lower tuition rate decide to raise it, simply because it would be covered under the new GI Bill?A: I'm not comfortable using the term "abuse." What I would say, though, is that the law defines - very precisely - what VA is allowed to do. VA is required by law to pay up to the highest in-state, undergraduate, public tuition. If that happens to be an astronomically high number, that still qualifies under the law. It allows VA to pay the maximum, it does not allow VA to define what the maximum is. That's the good thing about this program. It is tailored to the cost and automatically indexed to the maximum. That's built into the formula.

Q: Despite all the details and a few apparent drawbacks, does the Post-9/11 GI Bill still deliver a very worthwhile benefit to our veterans?A: It's a fabulous piece of legislation. It's going to provide opportunities that a lot of people never dreamt of, but it is complex. And veterans need to participate in this process, and understand which of the benefits we offer are the best for them.If I could put in a plug, we've got a lot of good information on our Web site at www.gibill.va.gov. We really encourage everybody to go there for information. Also, we've got a toll-free number, which is (888) GI BILL-1 (442-4551). And we have 200 or so people staffing the call center who would be more than happy to help veterans and servicemembers.The important thing is to get information to veterans and make sure they understand the wide variety of options they have available.