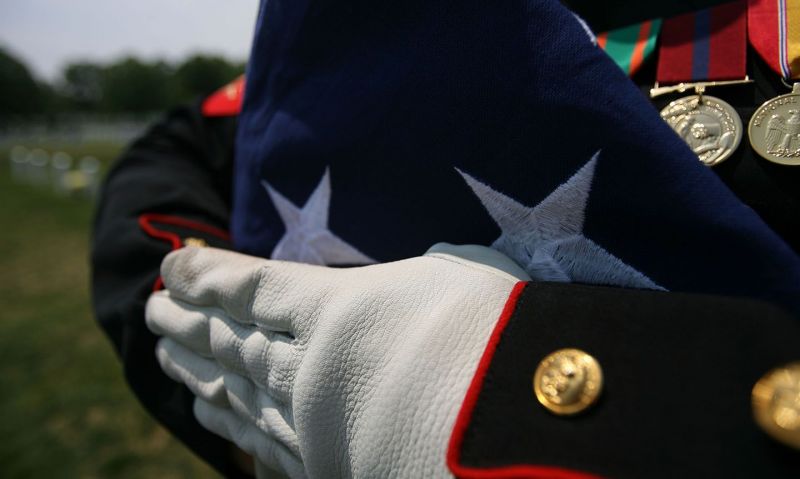 “It’s been said that you don't know what the (American) flag really means until you've been handed a folded one,” wrote Glynis Seeley, National Executive Committeewoman for the American Legion Auxiliary Department of Nevada, on Legiontown.org.

Seeley’s family has “always been strong on patriotism, honor and sacrifice,” she said. Her grandfather, Tom, served in World War II and was her first introduction to The American Legion at the young age of 8. Her father, Bruce, was a fireman on Long Island, N.Y., where she grew up; and her late second husband, Edward Seeley, was a two-tour Vietnam War veteran who served with the U.S. Army 1st Air Cavalry. Seeley too was working in New York City during the 9/11 terrorist attacks and had to walk home to Brooklyn. “Talk about the level of patriotism that came after that!” she wrote.

Seeley shared that Edward “suffered terribly from PTSD” and “passed away (in November 2012) from the results of Agent Orange related cancer. We were a very patriotic couple. We put the flag on our house every day. We participated in many parades, Flag Day ceremonies, and of course American Legion Family activities.”

When Edward, a member of Post 8 in Las Vegas, passed away, he was District 2 commander in the Department of Nevada. “His celebration of life (held at Post 8) couldn't fit any more people in the room … it was standing room only to honor a man that gave his all,” Seeley said. “A friend knelt down in front of me after the 13 flag folds had been done, and with tears in his eyes and a lump in his throat started to recite, ‘On behalf of a grateful nation,’ and both of us just started crying. He eventually finished the rest of the recitation. That flag is prominently displayed in my living room. The emotion this invoked is hard to describe. There's a flood of emotion. Sad your loved one is gone, pride because they served the country with honor.