The words of legendary broadcaster Howard Cosell still ring in sports history. Minutes after Cosell's call from Kingston, Jamaica, on Jan. 22, 1973, he introduced new world heavyweight boxing champion George Foreman, an underdog who had dominated Joe Frazier with six knockdowns in two rounds. By that time, patriotic Americans had already been inspired by Foreman, who waved a U.S. flag in the ring after winning a gold medal over Ionas Chepulis of the Soviet Union in the 1968 Olympics.
Read more » 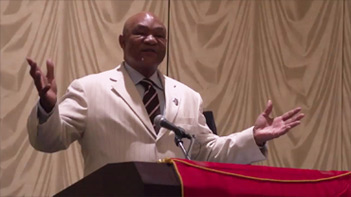 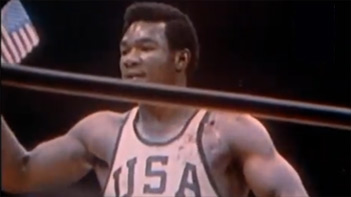 George Foreman vs. Ionas Chepulis in the 1968 Olympics