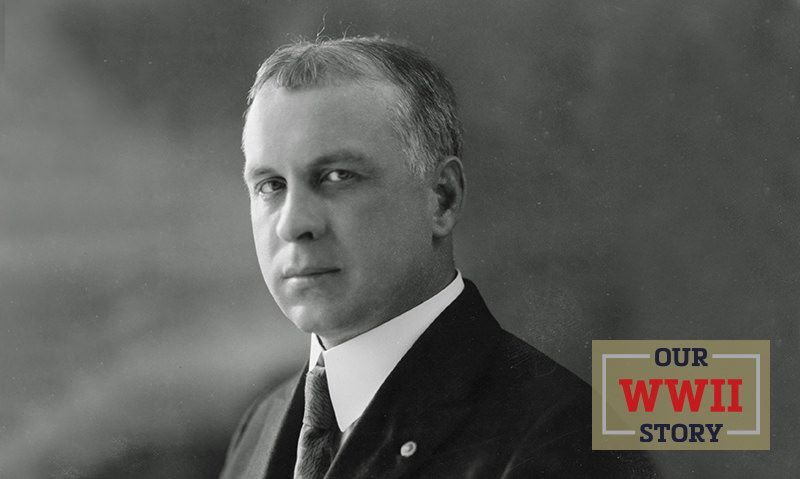 Maj. Gen. George A. White did not live to see the United States enter World War II. His leadership, however, had a major influence over it, and his legacy will not soon be forgotten in Oregon.

White had served in the Spanish-American War, the Mexican Border War and World War I, rising from a musician in the Utah National Guard to sergeant to first lieutenant to captain to lieutenant colonel in World War I when he served on the staff of Gen. John Pershing, commander of the American Expeditionary Forces. White, a former Portland Oregonian newspaper editor and Oregon National Guard adjutant general, was assistant adjutant general for the 41st Division when he stood at Pershing’s side for the armistice signing that ended the Great War on Nov. 11, 1918.

Two months later, he was one of four officers still stationed in Europe who met and planted the seeds in Paris of what would become The American Legion. He would be named the first editor of The American Legion Magazine and was a prominent leader in the organization’s earliest years. His life as a soldier, however, was far from over.

In 1920, he returned to the Oregon National Guard and began its postwar reorganization. He continued to train himself, learn, write – he was the author of four books – and in 1930, he was promoted to brigadier general in command of the 41st. The division largely consisted of Oregon, Washington, Idaho, Montana and Wyoming National Guard soldiers. Both prior to World War I and prior to World War II, the division was deemed one of the most combat-ready in the U.S. military.

Training intensified in 1940 and 1941, and the 41st was federalized as conscripted soldiers came to train. Maj. Gen. White’s 41st Division and Maj. Gen. Joseph Stilwell’s 40th Division and 7th Infantry conducted large-scale training operations off the Washington coast as entry in the Second World War grew ever more likely. Maj. Gen. White was training troops in California when he fell ill in the fall of 1941 and died on Nov. 23 that year, just two weeks before the attack on Pearl Harbor that sent America and his soldiers into World War II.

“The doctor told him, ‘You are going to die if you don’t get bed rest,’” Pamela Pearson-Craig, White’s great-granddaughter, told The American Legion Magazine in 2019 during the organization’s centennial celebration in Albany, Ore. White refused to rest, believing readying the troops was more important given the situation overseas. “He died doing what he felt was most important for our nation.” He was 61.

In January 1942, an urgent $27 million construction project transformed a rugged section of the Agate Desert near Medford, Ore., into a major military training installation that had 40,000 stationed there at its peak. On Sept. 15, 1942, the new facility was named Camp White. It served as a POW camp among other purposes, which included training artillery, medical and engineering units until 1945. More than 110,000 troops passed through Camp White during World War II.

After the war, the camp was largely salvaged, its remaining footprint becoming a VA medical facility. Some of Camp White’s 1,300 buildings were shipped to the University of Oregon campus, and the place in the Agate Desert was later renamed White City.