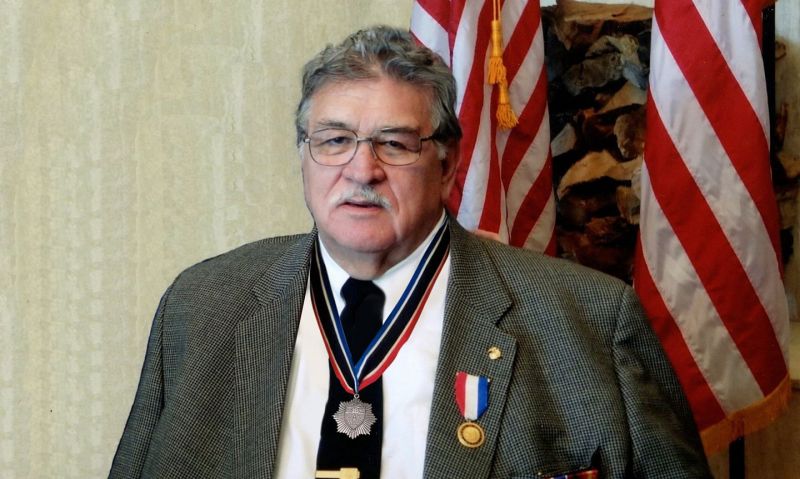 Vince Rios has hosted Fourth of July reunions – or, as he calls them, rendezvous – of the Alpha Company, 1st Battalion, 5th Marines for almost 30 years. His A-1-5 “is a relatively small, informal chapter made up mostly of Marines who served together during the Vietnam War, and their spouses,” he says. Rios, a retired sergeant who lives in Texas but belongs to Cesar A. Chavez American Legion Post 505 in San Francisco, lost both of his legs and his right arm during his own service, when a concealed landmine exploded. When the COVID-19 pandemic took hold this spring, there was no time to get word out that the planned in-person reunion had been canceled, but Rios came up with a solution: Zoom.

Rios is quick to cite the “tenacity” of a group of fellow members for their assistance: one arranged the Zoom session and brought the participants together, another acted as technical adviser. Circumstances made this year’s rendezvous a smaller affair – Rios says previous events have averaged between 60 and 100 people, but only about a dozen were ultimately unable to participate. More tried, but were stymied by lack of familiarity or capability.

“I felt that the Zoom ‘reunion’ differed from a regular reunion in that it lacked the intimacy so common with on-site reunions for conducting business and … for sharing in the interaction of a social gathering,” he continues. But most of the attendees were “dedicated members” who have been to events before.

Rios is planning on future group gatherings, but with the first-year jitters out of the way Zoom will also be offered at events. The vital thing, to him, is that they go on: “Reunions are extremely important for veterans to stay connected, feel secure and reassured with and by a family that is in many ways more cohesive than their biological families. The similarity in challenges, hardships and tragedies that befall us are jointly confronted uniquely, with a passion and understanding that is seldom common outside the veteran community; that is our shield in an often hostile world.”

If your upcoming military reunion is going virtual, let The American Legion know by posting it at legion.org/reunions or emailing reunions@legion.org.