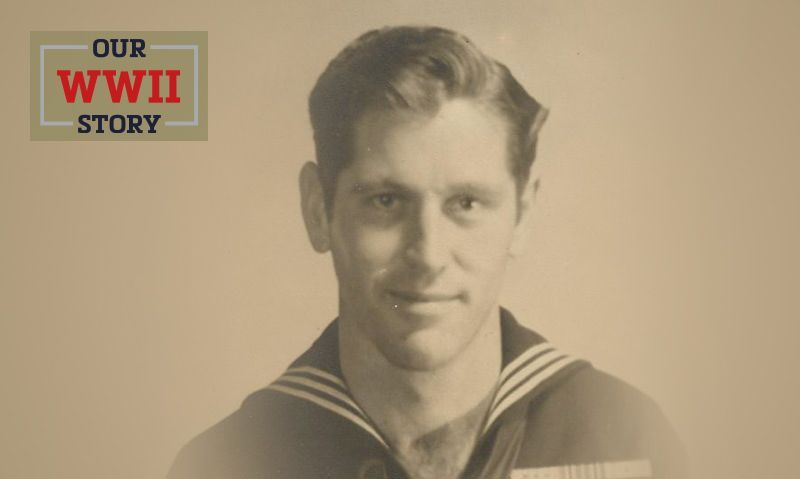 Although the callout specifically for World War II stories went out this spring, in anticipation of the 75th anniversary of the war’s end, the Legiontown site has seen submissions relating to the war ever since its release several years ago. “My WWII Story” is the newest category, but a wealth of material can also be found under “My Time in Uniform,” “Family Legacy,” “Basic Training” and more. Browse by category here.

In January 2017, Ronald Winsett of Bonita Springs, Fla., submitted an entry to the “Family Legacy” category about his father Russ’ Pearl Harbor experience:

“My father was a Pearl Harbor survivor and served aboard USS Pennsylvania during the attack. For many years he never wanted to talk about that day. We finally convinced him to be interviewed, and we made several DVDs and CDs to recall the events of that day. He was composed as he relived that day, but as the interview proceeded he began to become teary. He indicated that many of the horrific events that day were very painful and were burned into his memory. He finally decided it was time to tell his story. He did numerous speaking engagements at many veterans organizations as well as school classrooms. John F. Murphy American Legion Post 303 honored him on many occasions and made it a point to include him in many veteran events.

"He sadly passed in 2015 but left a proud legacy to his family. We loaned out many of the memorabilia to various organizations, and he was honored by congressman Curt Clawson of the 19th District of Florida. His videos may be viewed at the Library of Congress.”

Toward the bottom-right side of each Legiontown page is a search box. Type in “World War II” or another search term, and see what you can discover.