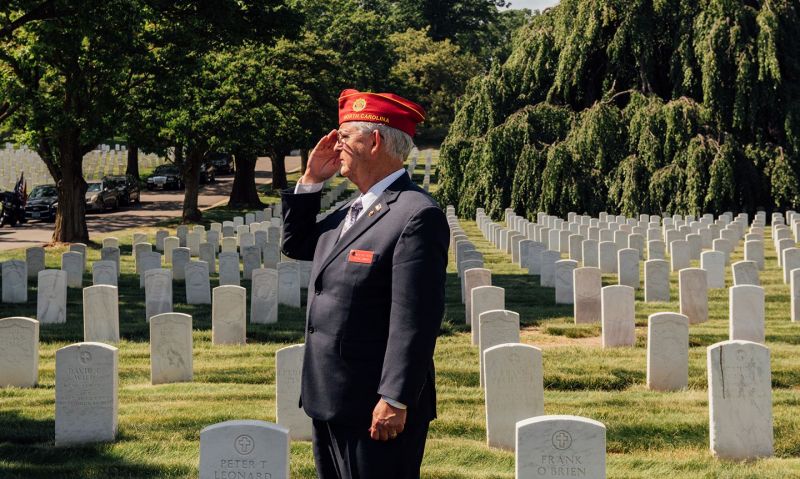 Solemn ceremonies in New Jersey and New York on May 23 paid tribute to tens of thousands of American servicemembers who made the ultimate sacrifice more than a century ago.

Homecoming ’21 commemorated the return of 44,000 American troops whose remains were transported back home from the battlefields of Europe. Specifically, the event honored the USAT Wheaton, which arrived in New York Harbor on May 23, 1921.

On that day, President Warren Harding led a national commemoration in Hoboken, N.J., to welcome home the 5,100 fallen Americans returning aboard the USAT Wheaton and to pay tribute to all the nation’s returning war dead.

This year, American Legion National Commander Bill Oxford was among those attending the ceremony on the same pier, marking the Wheaton’s return.

“Just like those who arrived here 100 years ago on the USAT Wheaton – we don’t celebrate their demise. But we do celebrate their lives,” Oxford said. “These heroes, which included men and women of every race and faith, lived lives worth celebrating and remembering. They all loved America enough to die for it. The Wheaton was the ultimate melting pot for people who made the ultimate sacrifice.”

Oxford noted that the end of World War I ushered in The American Legion, now the nation’s largest veterans service organization. Many World War I veterans were poisoned and blinded by chemical gas, or lost their lives due to illnesses caused by unsanitary conditions or diseases like influenza.

“Though the veterans of our first world war are no longer among us, we must never forget their sacrifice,” he said. “How they died wasn’t nearly as important as to why they died. They died for a cause greater than themselves. They died so others could be free.”

American Gold Star Mothers also was formed in the immediate aftermath of World War I.

“Our organization was founded by mothers whose children died serving in World War I,” said Cindy Tatum, the group’s president. “Our current members share a deep and unbreakable bond with those mothers of a hundred years ago.  We hope Americans everywhere will join us in remembering.”

Just like 100 years ago, the ceremony included a second session in New York. Oxford also addressed the crowd there, noting that those aboard the Wheaton were just part of the story.

“As those of us who served in Vietnam often say to one another, ‘Welcome Home.’”