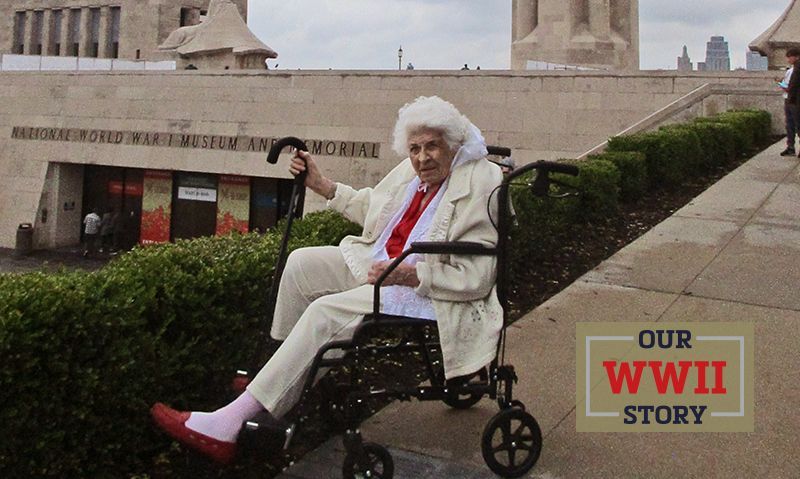 According to member Elizabeth Ann McKie, Anthony is currently sergeant-at-arms for the post, which received its permanent charter in 2013. In 1943 she traveled by train to California from Kansas City, where she served as a nurse for new recruits; some, being away from their homes for the first time, had developed mumps, measles and other childhood illnesses. According to a June article in the Independence-area Examiner, Anthony ultimately earned a master’s degree in nursing, and didn’t fully retire until 2003 – in her mid-80s.

McKie says of the milestone birthday, “With the assistance of American Legion Post 21 members, Auxiliary and Riders, we have been celebrating her life with outings and luncheons. We treated her family with a luncheon, a Riders drive-by and a visit to the World War I memorial in Kansas City, where a brick is now placed in her honor.”

Anthony is a PUFL Legionnaire, who first joined in 1994. McKie adds, “We at our post all love her. She is quite an asset to our group.”