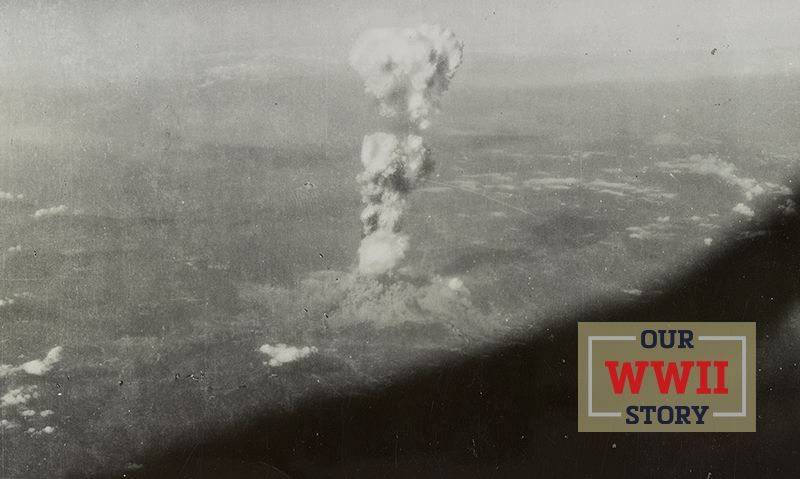 American Legion National Commander Edward Scheiberling was both solemn and hopeful in the weeks after the United States dropped atomic bombs on Japan to end World War II in 1945. His pledge for the country at the time was to “make certain that the peace is not lost again.”

In the October 1945 American Legion Magazine, he recognized the immensity of the event that brought an end to the war.

“Within the last two months, we have entered upon a new world of magnificent – and sometimes terrifying – opportunities,” he wrote. “We have won the most terrible war of all time; and in winning it, we have witnessed the greatest scientific revolution the world has ever seen. The atomic bomb has wiped out all previous concepts of time, space, force and war. We can never return to the familiar world of the past.”

He added that there was no way, at that time, to know what the future would hold. “Civilization stands at the crossroads. We have won the war – we must make certain that the peace is not lost again.” The Cold War was soon to dawn. Rogue nations would ultimately achieve nuclear weapons. Prevention against any future use of nuclear weapons became, and continues to be, a priority for which there is no peer among most world leaders.

With the power demonstrated Aug. 6 and 9, 1945 – which led to Japan’s surrender on Aug. 15 – came great responsibility for the United States and the world, the commander wrote. “We may use these great forces to build a world of unprecedented peace and prosperity – or we may use them to destroy civilization itself. There is no turning away from this challenge. The choice has been thrust upon us; and our duty now lies in making certain that the world of the future takes the path to peace.

Scheiberling saw economic recovery and compassionate care for the men and women who fought to win the war as a route to lasting peace, a peace he described as “one of reality, backed with the power to preserve it.”

The advent of nuclear weapons, he explained, had instantly changed warfare and global security forever. “Never again may any nation have weeks, months or years to prepare for war,” he wrote. “Wars of the future – if they must come – will be won or lost in an incredibly short time … with whole cities, whole nations erased almost overnight. The atomic bomb has blasted away all previous arguments, all doubts or hesitations that any sincere American may hold. Our country must be prepared – or face destruction. The American Legion accepts the challenge of peace confidently. We have been devoted to the cause of peace throughout the Legion's existence; now strengthened by the vigorous, youthful support of veterans of World War II, we rededicate ourselves to its preservation.”