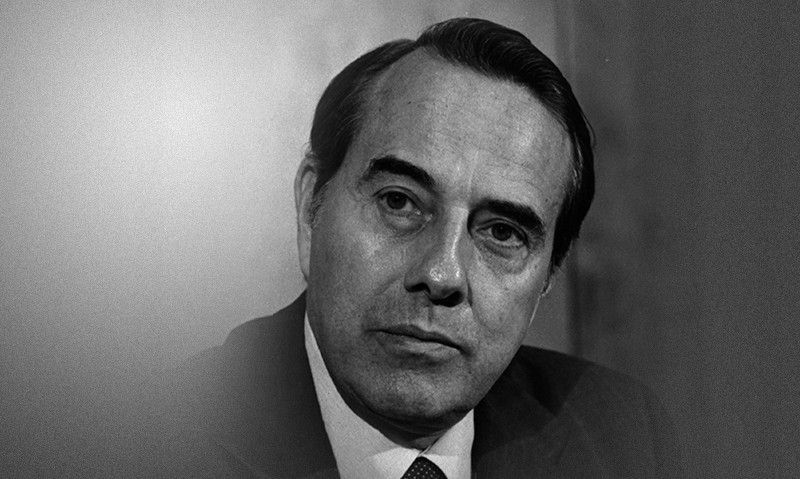 Dole was diagnosed with stage four lung cancer earlier this year, according to the Elizabeth Dole Foundation, which announced his passing.

“It is with heavy hearts we announce that Sen. Robert Joseph Dole died early this morning in his sleep,” the foundation said on Twitter.

“Today we not only lost a great Legionnaire, but America has lost an iconic statesman and tireless veterans advocate,” American Legion National Commander Paul E. Dillard said. “Bob Dole distinguished himself in combat long before becoming one of the most respected voices in Congress. His leadership and determination led to the construction and dedication of the National World War II Memorial.  America is a better country as a result of this great patriot’s service. Our condolences to his wife, Elizabeth, his family and many friends.”

Accepting the honor, Dole said, "Whether you served in World War I or II, or in Korea, or in Vietnam or Lebanon or Grenada, Panama or the Gulf, we will never forget our responsibility to those who have worn the uniform at home or abroad in service to our great nation."

As co-chairman of the campaign to build a national World War II memorial, Dole thanked Legionnaires for their contribution to the effort. The memorial was dedicated in 2004.

"Just as the Legion has been united in the support of the memorial, the effort behind the war was a tremendous coming together of Americans from all walks of life. It was the collective spirit which made us victorious," Dole said.

Dole registered for the Army in 1942 and was a second lieutenant. He suffered combat injuries that left his right arm paralyzed, prompting him to carry a pen in his right hand so others wouldn't reach to shake it. He received the Bronze Star.

His illustrious political career began in 1950 when he won election to the Kansas House. A decade later, he was elected to the U.S. House of Representatives, serving until 1969, when he moved to the Senate. Dole served there until 1996, when he resigned to run for the presidency on the GOP ticket.

Flags at the Capitol will fly at half-staff in honor of Dole, House Speaker Nancy Pelosi’s office said Sunday.