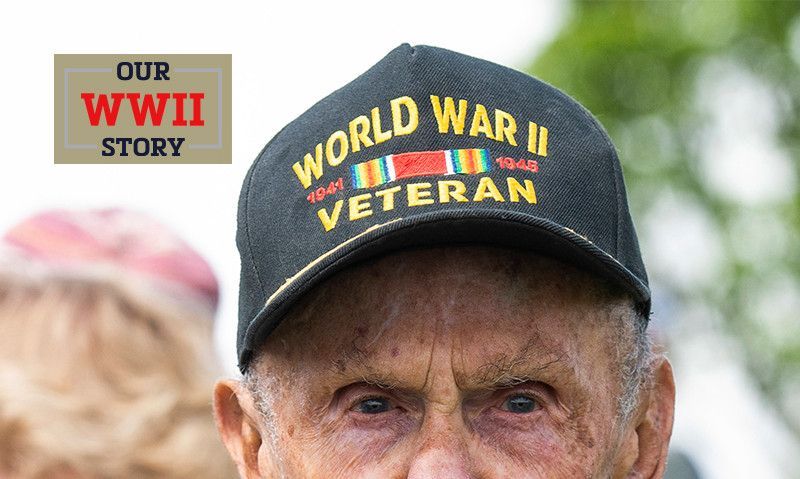 More than 76 years have passed since World War II ended. Axis tyranny was stamped out. Millions were liberated. Death camps were dismantled, and ruined cities and towns began rebuilding. The principles of freedom, justice and democracy – terms all contained in The American Legion’s formative language, written by combat veterans of a war fought 25 years earlier – had again prevailed, once again at great cost.

More than 405,000 American military personnel did not survive World War II. The wounded accounted for more than 670,000 others. U.S. veterans who separated from service came home and restarted their lives – more than 8 million of whom buoyed by the GI Bill – to build a better world. That was the stated vision of the men and women who served in the First World War and in 1943 and 1944 drafted the legislation that changed America and the world throughout the second half of the 20th century. It was up to the World War II veterans to carry out that vision, and they did.

Today, fewer than 250,000 veterans of the “greatest generation” – as author/broadcaster and American Legion 100th Anniversary Honorary Committee member Tom Brokaw famously described them – remain among us. Memorials and monuments stand across the planet to remind future generations what happened three-quarters of a century ago and all it meant. They range from humble plaques in city parks to the National World War II Memorial in Washington, D.C. They can be found at the hallowed grounds of Normandy, France, and Honolulu, Hawaii, in tiny villages on the island of New Guinea, and deep in forest along the German-Belgian border.

Passed at the 99th American Legion National Convention in Reno, Nev., in 2017 was a resolution that calls for one more gesture of thanks to the greatest generation: the unencumbered ability to use VA health-care facilities on the basis of honorable service alone in World War II. They would be placed automatically into Category 5 among VA’s priority groups and have access to hospital, clinical and long-term care, without means tests or other time-draining restrictions. Saving the world would be criteria enough for VA health-care services, according to the spirit of the resolution, legislation that followed and American Legion testimony supporting its eventual passage.

The 2017 resolution came from the American Legion’s Department of Kentucky whose “service director had discovered a disservice to the veterans who served in that war.” The discovery: about 25% of World War II veterans were not receiving VA health-care benefits because they simply were not in the system.

In 1996, The American Legion had strongly supported changes in VA health-care eligibility that removed means testing for surviving veterans of the Mexican border wars and World War I. That year was significant in the evolution of VA care, as The American Legion was fighting for a “GI Bill of Health” that would expand and improve services even more than the legislation envisioned. Over the years, VA health-care eligibility morphed into the priority-group system where access depended on income, disability ratings and other characteristics that had to be proven for acceptance.

The last U.S. World War I veteran, Legionnaire Frank Buckles, died in 2011, long after anyone who served in the Mexican border wars. Today, The American Legion strongly argues that all those who remain with us from World War II be afforded the same benefit as their wartime ancestors.

“As a grateful nation, we must fulfill our promises to the greatest generation to ensure they receive all the benefits they deserve,” American Legion National Commander Paul E. Dillard said in December 2021 as legislation remained stalled to do just that. “Time is literally running out for these veterans.”

Rep. Josh Harder, D-Calif., and Sen. Robert Menendez, D-N.J., introduced legislation in both chambers earlier last year to deliver that one final gesture of thanks.

As 2021 wound down, the bills had just over a dozen co-sponsors, and Commander Dillard called upon the American Legion Family to reach out to their congressional delegations and ask them to co-sponsor the bills to “do the same for our World War II veterans” as the nation did for those who served in earlier war periods, “before it is too late.”

“I’m asking that we stop tripping over red tape and needless rules and start delivering health care for the World War II veterans we’re lucky enough to call our parents, our neighbors and our friends,” Rep. Harder said during a House committee hearing. “We can never repay the men and women who kept us free all those years ago, but we can provide them the health care they deserve as they live out their golden years surrounded by their kids, their grandkids, and their great grandkids.”

“It is well past time we eliminate the bureaucratic roadblocks and truly pay our respects to the greatest generation who put their lives on the line to defend our freedom,” added Sen. Menendez, whose Republican colleague, Sen. Kevin Cramer of North Dakota, put it this way:

“The world is a better place today thanks to the service and sacrifice of those who fought against tyranny during World War II. We should give them the highest quality care available without a second thought.”

Editor’s Note: This installment concludes the OUR WWII STORY series on legion.org. However, submissions to the legion.org/legiontown site under that heading will continue to be accepted, posted and shared. To see the entire portfolio of more than 100 articles and videos produced and shared through the program, visit https://centennial.legion.org/our-wwii-story