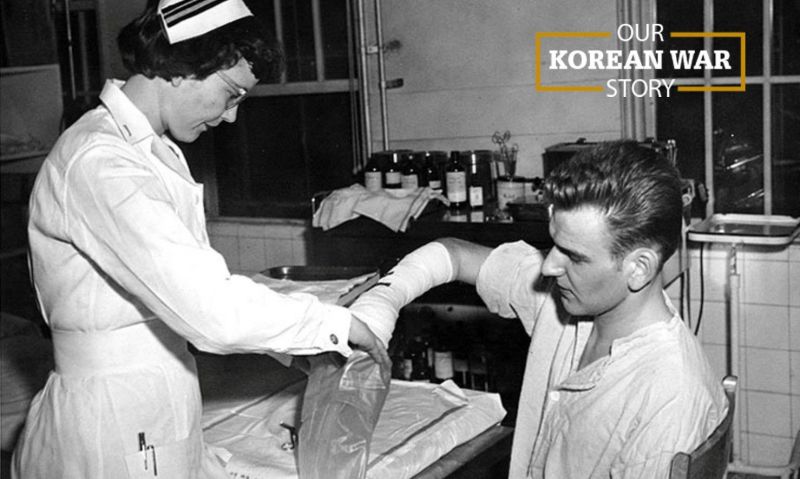 Medically discharged and disabled veterans of the Korean War often came home to serious problems supporting their families or covering unexpected financial emergencies. For veterans whose VA claims were hung up as bills flowed in, The American Legion Family filled gaps.

In the second quarter of 1952, the American Legion’s National Child Welfare Commission reported 16 cash grants had been disbursed to provide temporary financial relief for Korean War veterans with children at home.

“While 16 children do not seem to be a large number, it must be recalled that for these 16 aided by the national division, there are probably 1,600 others who were aided during the same time period by local posts and Auxiliary units,” The National Legionnaire newspaper reported in September 1952. “In recent years, only about one case out of each 100 aided locally by the Legion has ever been referred to the National Child Welfare Division for further assistance.”

In many cases, Korean War veteran parents received help from all levels of The American Legion Family.

One Navy veteran from Texas whose condition was described as “very poor” in his medical discharge had not received his VA disability decision months after he came home although “within a few weeks, the veteran was in a VA hospital, leaving his wife and two pre-school children without any source of support.”

His local American Legion post and American Legion Auxiliary unit, as well as the Legion’s Department of Texas, provided cash assistance, and a grant of $80 was sent to the family from the National Child Welfare Division.

Another veteran in Puerto Rico whose discharge condition was reported as “not good” received similar help from the American Legion Family there while his claim crawled through the process. “Combined help from relatives, the local Legion post and the National Child Welfare Division is helping to keep this family from dire want until his claim can be established or his health restored to such extent that he will again be able to work,” The National Legionnaire reported.

The newspaper shared a similar story of support for a newly discharged Kansas Korean War veteran who came home and immediately faced a $1,200 cost for an urgent brain surgery for his son. “Here, it took the combined efforts of the (Legion) family… within a matter of just a few days, the full amount was raised.”

National, department and local child-welfare committees of The American Legion Family – simultaneously facing high demand for help from World War II veterans with children – were bracing for many years of continued need as Korean War veterans came home. “With the expansion of the military force, it has become evident that the peak number of children of veterans in the country will be considerably higher than previously anticipated and that the peak will not be reached until sometime during the 1960s.”