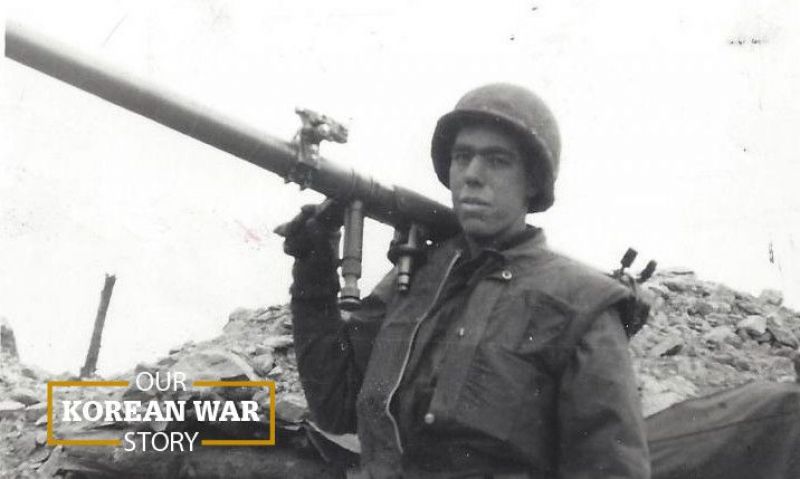 John Gaeuman, a Legionnaire from Worthington, Ohio, submitted to Legiontown the Korean War story of his brother:

My only brother, William R. Gaeuman, was a year and a half older than me. While still in high school, he started building a dairy herd and then entered college. He completed one year, and while he could have gotten a draft deferment he elected to enter the Army in January 1952. He was sent to Korea and was assigned to Fox Company, 179 Inf., 45th “Thunder Bird” Div. My brother wrote to me about the conditions and personnel on the front lines, and was involved in combat around the Punch Bowl area.

He had only a short time to go before being eligible for rotation off the front line, but was killed in action during an assault by North Korean and Chinese troops on April 25, 1953. He was 22. His father received a letter sent from him dated the day of his death. I was at the time attending college, and was deferred until I completed my education and then entered the Air Force.

He was one of only two men from his small town of Oberlin, Ohio, who died in the Korean conflict, and these two brave soldiers have their names on a war memorial in the center of town honoring all who have died in the service of their country during all military conflicts from the Civil War onward.

Tell your Korean War story, or that of a loved one, at legiontown.org.