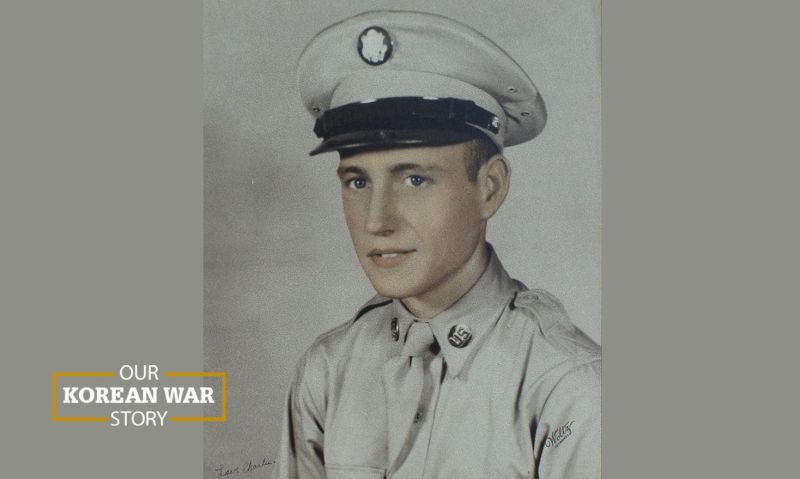 Larry Anderson Williams, a member of Post 575 in Lubbock, Texas, shared the following report on Legiontown:

“This is a story of hope for all families of missing POWs and MIAs from our nation’s wars. My uncle, Cpl. Charles Anderson Williams, was killed on Nov. 27, 1950, at the Chosin Reservoir during the Korean War. Many people have labeled this the Forgotten War. I can assure you that those of us who lost loved ones over there have not forgotten. Many families have waited over 50 years to find out the fate of their loved ones. Whether it was a son, brother, husband, father or even an uncle, they are still missed by their family.

My family knows all about sacrificing for our country. My mother’s brother, Loyd George, was killed in North Africa in 1942 during WWII. My wife’s father, Orin Stahl, served in the Pacific Theater during WWII and her grandfather, Gust Stahl, was wounded twice in France during WWI. She also had an uncle serve in WWII and another uncle serve in the Korean War. In addition, I served in the Air Force from 1970 to 1974. No matter where I have lived over the years, I have always made a point to attend Memorial Day services to show respect and honor those who have paid the ultimate price for our freedom. To me, it is our duty to pay our respects to those who gave up their lives for their country. So, each and every Memorial Day, I sat through the services and wondered about the fate of Uncle Charles in that cold, bitter winter of 1950 in North Korea.

My curiosity concerning my uncle’s fate became stronger and stronger as the years went by. In early 2003, I began to research in earnest. I searched all of the internet sites pertaining to the Korean War. Through the Korean War Project website, I was able to find my uncle’s name and what company he was with. He served with the Army’s Co. A, 32nd Infantry Regiment, 7th Infantry Division. He trained at Fort Knox, Ky., and was later shipped to Camp Haugen in Japan. From there he was part of the September landing at Inchon with Gen. MacArthur. The 32nd was assigned to the Army’s 31st Regimental Combat Team (RCT-31) later to be known as Task Force Faith (for Lt. Col. Don Faith). The Marines and Army soon swept north and ended up in the Chosin Reservoir. Conditions were brutal, with temperatures reaching –45 degrees and weapons not functioning from the cold. My uncle was in the mortar section on the east side of the reservoir. On the night of Nov. 27, the Army’s position was overrun by several thousand Chinese.

Thanks to the Korean War Project website, I found Bill Mattingly from Owensboro, Ky., who had been in Co. A at the Chosin, and he had listed many of his buddies who served with him. My uncle's name appeared on that list, and I contacted this individual and found out that not only did he know my uncle, he was his best friend and assistant on 60 mm mortars. He was able to answer many of our questions about the fate of Charles. On the morning after the Chinese intervention, my uncle was found in his foxhole with his M1911 .45 pistol in his hand and several dead Chinese around him. There were also some Chinese still alive in the foxhole with him.

Fast forward to the year 2000: The RCT-31 was finally awarded the Navy Presidential Unit Citation and Task Force Faith received the long overdue recognition for their sacrifices during the Chosin Reservoir battle. My 80-year-old father told me that he always had two dreams. One, that he could get Charles’ Purple Heart and other medals earned; and two, that he could bring his brother home for proper burial. After many months of research, emails and phone calls, my sister Patty Lumley and I were finally able to obtain all the medals my uncle had earned. Dad was quite moved and unconvinced that this could be done after so many years. Fresh off the success of receiving the medals, we encouraged our father to give a DNA sample in the hope that his brother’s remains might someday be found and identified. In July 2003, the Army sent the Knight Group to our father’s house to take the sample. He was told that it would take several months to process the sample and match it with their existing DNA database. On March 17, 2004, my father received a call from the Army Casualty Office at Fort Knox stating that they had a positive DNA match with Thomas Williams and Charles Williams. To say the least, Dad was in shock. He could not believe that after all these years his brother could finally come home and be laid to rest.

On June 30, 2004, Harry Campbell from the Army Casualty Office in Alexandria, Va., and Sgt. 1st Class Lisa Tartt from the Army’s Casualty Area Command at Fort Knox arrived at my father’s house with all the information on Charles and how and when he was located. He was found by JPAC (Joint POW/MIA Accounting Command) during one of their digs at the reservoir in September 2003. He was found in a shallow grave with three or four other GIs from the 1st Battalion, 32nd Infantry. He still had his dog tag on, which obviously made the identification much easier. The only step remaining was to have his body flown from Hawaii to Kentucky for proper burial. Charles was the first set of remains from the Korean War to be returned to his home state of Kentucky.

On July 24, 2004, Cpl. Williams was finally laid to rest high on a hill in the veteran’s section of the Carlisle, Ky., cemetery. The service was attended by family (including Charles and Dad’s sister Catherine and her family), friends, veterans, the Kentucky Department of Veterans Affairs and news media. The Army provided an honor guard from Fort Knox and a full military funeral, which was impressive and quite moving. I gave the eulogy and Capt. Daryl Densford officiated as chaplain. I think Capt. Densford put it best when he said: “There’s a sense of relief. Finally, the remains have come home.” I closed my eulogy by saying, “I know Charles is looking down on us and smiling today. In one of his last letters to his brother, Charles said he ‘couldn’t wait to see old Carlisle again.’ Welcome home Charles. We’re sorry it took so long.”

Upon returning to Louisville from the funeral, we were contacted by a reporter from the Louisville Courier-Journal. My sister Patty and I answered all the questions about our uncle as best we could. My dad (who usually had something to say about everything) sat in the corner and didn’t say a word, lost in his thoughts. At the end of the interview, the reporter asked my dad what he thought about all of this. He simply thought for a moment and said, “It’s like I buried him twice.” I’m sure that hundreds of other families across the country feel the same way when they finally bury the long-lost remains of their loved one.”

Share your story, or that of a loved one, on Legiontown.