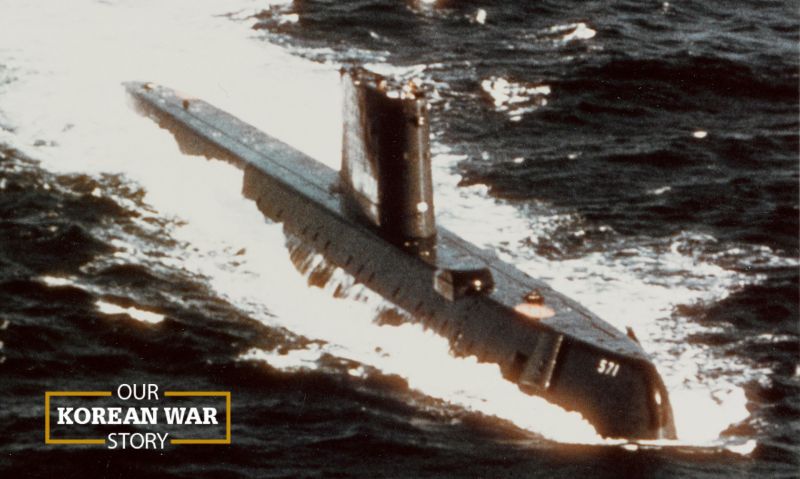 In the 1953 American Legion Report to Congress, Naval Affairs Committee Chairman Arthur F. Duffy of New York made the point that immediately following World War II, “we permitted this important arm of our total defense to wither to a few hundred ships and less than 500,000 men.”

The urgent need for a resurrected naval force was effectively met through the first three years of the Korean War, Duffy explained in his report, adding that the reason for The American Legion’s persistent call for new construction and modernization was clearly demonstrated.

“The United States Navy has not only accomplished a magnificent job of supplying our forces and carrying troops to and from this theater, but in line with American Legion recommendations, the Navy has continued to build additional ships, and to continually modernize other units of the fleet.”

He noted that at the peak of World War II, the Navy had some 3.5 million sailors and Marines in uniform and “thousands of ships.” The majority of those vessels had been “mothballed” before the outbreak of the Korean War, more than 500 of which had to be returned to action. “The wisdom of storing ships was realized in a savings of approximately $6 billion, which would have been required to replace these ships.”

The Navy and Marine Corps also resupplied in terms of personnel, to more than 800,000 and more than 235,000, respectively.

The Navy put the new resources to good use, Duffy wrote. “The Navy, since June of 1950, has destroyed enemy installations and operated in close support of the ground troops. The control of Korean waters by our Navy has prevented the enemy from supplying its troops by water and has denied him the use of important coastal highways and railroads by continuous shelling and attacks by units of our fleet.”

Marines and Navy aviators also flew more than 200,000 sorties “during which 730,000 bombing runs were made on enemy targets,” Duffy wrote. “Naval units (aviation) have dropped over 700,000 bombs of all types with a total tonnage of 170,000 tons. Over 250,000 aircraft rockets and 70 million rounds of machine gun ammunition have been fired into Korean targets. This ordinance is considerably more than the total expended by the combined Marine-Navy air arms during World War II.”

The Legion committee listed those successes – in just a three-year period – as a case for a strong building and modernization program in the years to follow. “The Korean fighting has proven, beyond doubt, that a strong Navy and control of the seas, without which we could not possibly have won World War II, continues to be a vital factor in our national defense planning.”