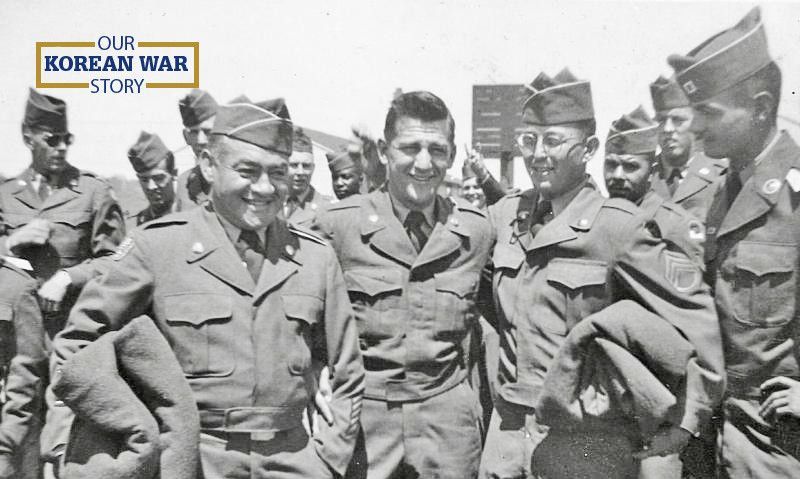 My father, Charles “Buzzy” Thomas, was drafted on May 13, 1953, and received training as a corpsman and was a member of the 125th Medical Detachment, 8th Army while deployed. He spent two years, 10 months and six days in Korea. His war service played a major role in my decision to join the military.

Our father-and-son bond only grew more after I followed in his footsteps and decided to serve our country. The first introduction to my father’s stint in the Army was while paging through his photo album. As a youngster who had G.I. Joes and the bags of green Army men, I was enthralled seeing real soldiers in uniform, Army halftracks and helicopters. It started with images of him posed with family members prior to shipping out, then tourist-type photos of his layover in Seattle and groups of soldiers soaking up the sun on the deck of a troop ship en route to Korea. After his arrival in country the images centered on his time supporting M.A.S.H. units. He served during the final years of the conflict and recalled the Freedom Bridge, where he witnessed our soldiers being repatriated across the 38th parallel.

Every photograph showed him smiling and usually surrounded by fellow soldiers. Some of them were old friends from local towns close to where he grew up. They were all young, vibrant and knew how to have fun while serving far from home!

A few months before he passed on April 19, 2022, he lent me his deteriorating photo album and asked if it was reparable. I immediately took on the challenge, and he was so impressed with the results that he felt obligated to once again share all his fond Army memories.

See more of Buzzy Thomas’ photos here. Share your story, or that of a loved one, on Legiontown.